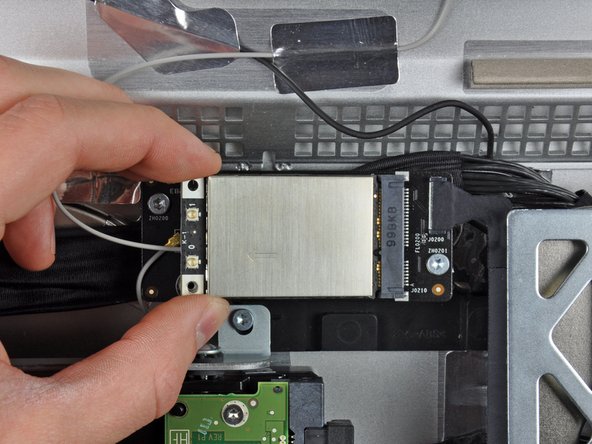 If you can replace the airport card, try to replace the daughterboard that it resides in while you are at it.

Can you replace the airport card so as to support wifi 802.11ac and bluetooth 4.0? Is this card available anywhere ??

At Step 5. there was 2 separate cable (Black/Gray) connector . The board connector has little damage and cable connector can insert top or bottom either way. Would you please tell me which is Black or Gray wire next to “CN2” print on board. I am very appreciate your help.