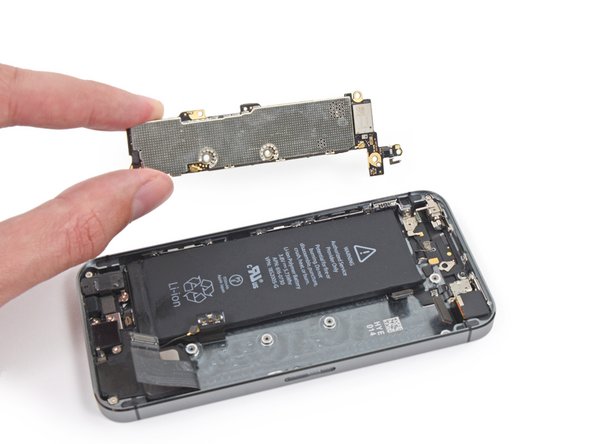 Use this guide to replace a faulty logic board in your iPhone 5s.

Where do I buy the logic board replacement? I didn't see it on the website...

I have the same question, where do I get a replacement board? I am a little wary of ebay from china.

Also what is involved in getting all the small metal bits onto a new "bare" board? Since that is the only way I am able to find a logic board.

You can’t buy the logic boards from iFixit (unless second hand), instead you will have to replaceit with another from a matching iPhone model and install it into your phone.

Hi I would like to know one small iron plate with hole where it will be placed, I cannot fix it, I do not remember where I oppend it ? can you help me please ?﻿