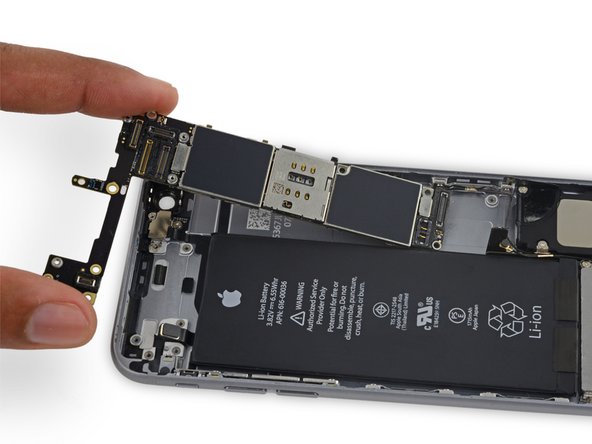 Follow the steps in this guide to replace the logic board in an iPhone 6s.

You can also use this guide for reference to replace the logic board EMI shield stickers.

I'm also assuming that some don't. I would like to know that alternative.

Does the logic board have the SSD on them or they else where in the iPhone?

Yup! The SSD is a flash memory chip hidden underneath an EMI shield on the logic board. You can see it in our teardown.

Um, no, actually the NAND/ssd/flash/storage chip is the big Toshiba one in the middle, it’s the one next to the line of capacitors, and is not under the shields. there are shields on either side of it. Look at the teardown page you linked to yourself and you will confirm what I’ve said.

great guide worked perfectly, had some minor water damaged internals with a completely good logic board, replaced it in a 16g pos basically have a brand new 128g 6s