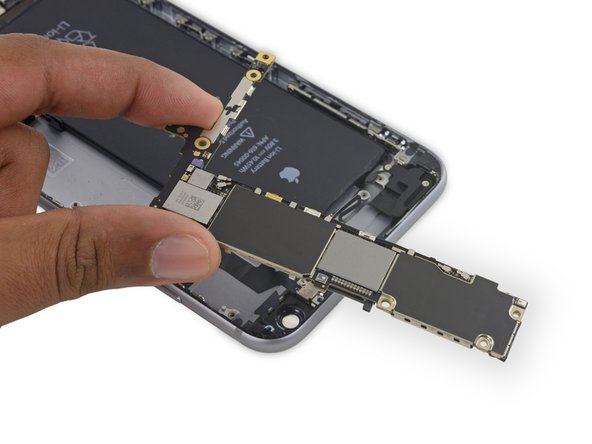 Thanks for a great guide, is there any guide to remove the Sim Card reader for iPhone 6S plus to replace it?

Hi…once i replaced the logic board do i needed to replace also the touch id button?

If you want TouchID to work you will need to replace both.

Great guide. In fact, if it wasn’t for the color coded screw highlights and their given lengths, I may not have been able to re-assemble the phone. Thanks!

guys where can i purchase the logic board ? TIA

Suggestion on where to buy the logic board with paired home button?

AliExpress.com seems to be the best place to buy motherboards with or without touch id for multiple phone types.

Where can I purchase this logic board

In Step 41, the 2.6mm phillips screw in my phone cannot be removed with the 000 driver as all the other screws. The head of mine seems to not be fully formed and starts to strip if I try and remove it. What should I do?

I bought my iPhone on fb and sold me the phone sim locked if I change the logic board will it unlock it so I can use it with any provider? ( if all of you are wondering why I am doing this is because they ghosted on me and when I reach out to the service provider they tell me the original owner has to call in to unlock it.)

I have an iPhone 6Splus bought it on eBay but the phone has an activation lock so if I change. The motherboard I solve the problem since I don't have access to contact the previous owner?

can you please help me, my iPhone is rebooting, it's shows white screen for some seconds and then reboot again.