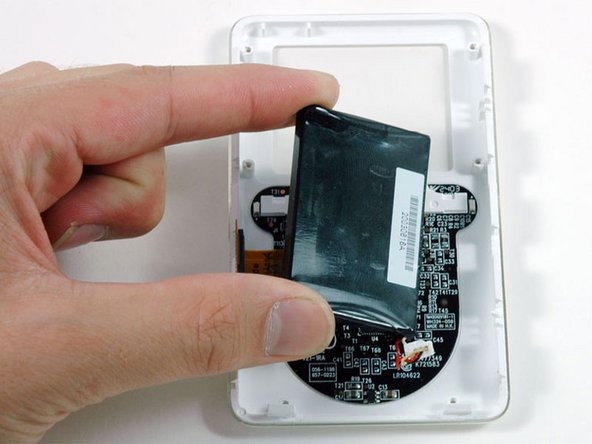 The plastic front half of your iPod case.

I have a new front housing without the click wheel board. How do I remove the board from the front panel and then re-attatch to the new front housing. Is it glued and what type of glue for the re-install. Do I have to use a rework station heat blower to soften the old glue, and if so what temperature do you recommend?