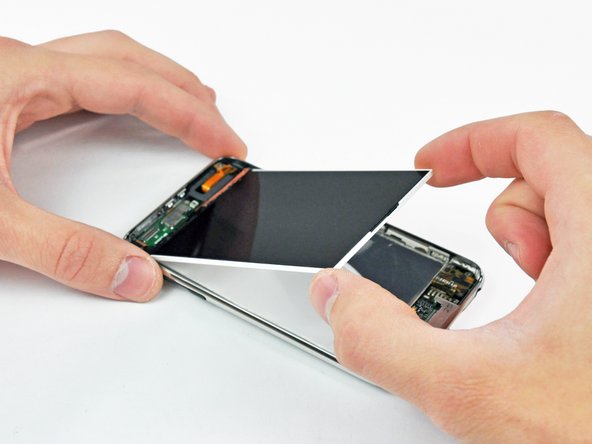 Replace a broken display with this guide.

I wore a pair of nitrile gloves (the blue ones) while putting in the new LCD and glass. That way no fingerprints got on the inside portions of the screens.

Thanks for the great instructions, I'm happy to keep using my same iPod and not have to buy a whole new unit.

Somehow it always get left out of these tutorals that the !@#$ thing has ALL parts glued together! There's a thin layer of what looks like silicon sealant/glue between the glass and the metal shell. Then the LCD is glued (also with silicon) to mylar backing and mylar backing is glued to the metal frame. The battery is also glued to that frame. The glue gives if you're persistent but it's very easy to crack the LCD while trying to pry it from the metal frame and I had to literally cut the battery off of the other side of that frame.

Ugh... Apple makes it almost impossible to open without breaking it.