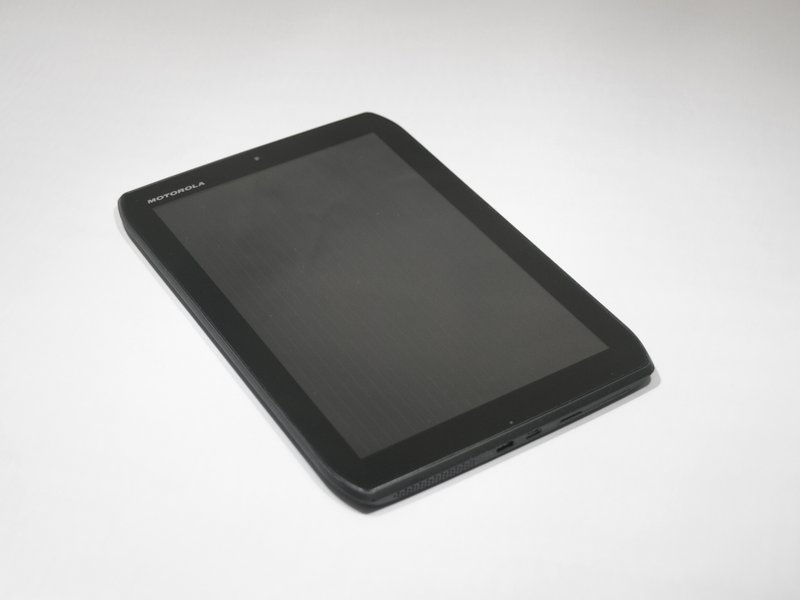 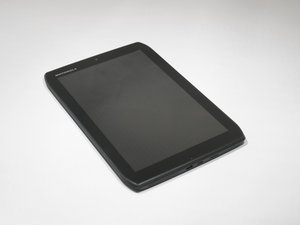 Released December, 2011, can be identified by model number MZ607.

Tablet Will Not Power On

The device refuses to show signs of powering on.

Not Powered On Correctly

Press and hold down both volume buttons and the wake/sleep button found on the back of the tablet. Continue to hold down all three buttons until the device shows signs of powering on. If this does not power the device on, the tablet may have a drained battery.

Plug the tablet’s wall adapter charging cable into a wall outlet and plug microUSB into the device. Ensure that the connectors are securely inserted. Allow the tablet to charge overnight.

If the tablet will not power on after giving it ample time to fully charge, the battery may be dead or defective. A dead battery needs to be replaced as it will no longer charge.

Tablet Will Not Charge

Your Motorola XOOM 2 Media Edition will not allow the battery to charge.

Try a different charging cable to recharge your tablet. Often incorrect charging cables are used that do not have the capacity to transfer sufficient energy to the device. If it is not the charger that is faulty, the charging port may need to be realigned to allow for ample connection.

If the tablet will not charge or hold a charge, the battery may be dead or defective.

Your device will not connect to or hold a steady Wi-Fi connection.

The XOOM 2 Media Edition settings may need to be set to ‘Always’ under ‘Keep Wi-Fi on During Sleep’ to prevent losing your internet connection. Since the Media Edition only runs on Wi-Fi, you do not have the option of changing the network settings from 3G to 2G like you would with the regular XOOM 2.

Depending on how many devices are connected to one wireless router, the strength of the Wi-Fi could be stretched thin over too many devices.

If your Wi-Fi connection does not improve from changing the settings on the device, the internal antenna in the device may be out of place or defective. Dropping the tablet can cause the antenna to become disconnected which means it needs to be adjusted. Or, the antenna itself may be faulty and need to be replaced.

The tablet’s touch screen glitches or will not respond to touch.

If the touch screen is slow when responding to touch it may be due to a dirty screen or screen protector. Simply replace the screen protector with a clean one to improve screen responsiveness.

Apps take up memory and storage on your device which can slow down the device’s processor. Try removing excess pictures and apps to free up more memory on your tablet.

Display Out of Alignment

The screen may need to be re-calibrated to enhance screen responsiveness. This can be done with an application. Search your app store for apps that will re-calibrate a touch screen.

If the screen remains slow and glitchy after freeing up memory on your device, the screen may be defective. You should replace the screen.

The tablet’s internal speakers will not release sound through one or both speakers.

Preform a soft reset on the device by turning it off and then turning it back on again.

Make sure that the Bluetooth setting is off so the device is not searching for external wireless speakers.

The port jack for headphones can often disconnect unsuccessfully, leaving the device thinking that the headphones are still inserted. Insert headphones into the jack and then rapidly remove them to make the tablet register the change to the internal speakers.

The Ice Cream Sandwich software update has an element that prevents sound from coming out of the internal speakers. An app can be downloaded that will patch the update so that the speakers will function.

If the speakers will not produce sound, then they may need to be replaced.