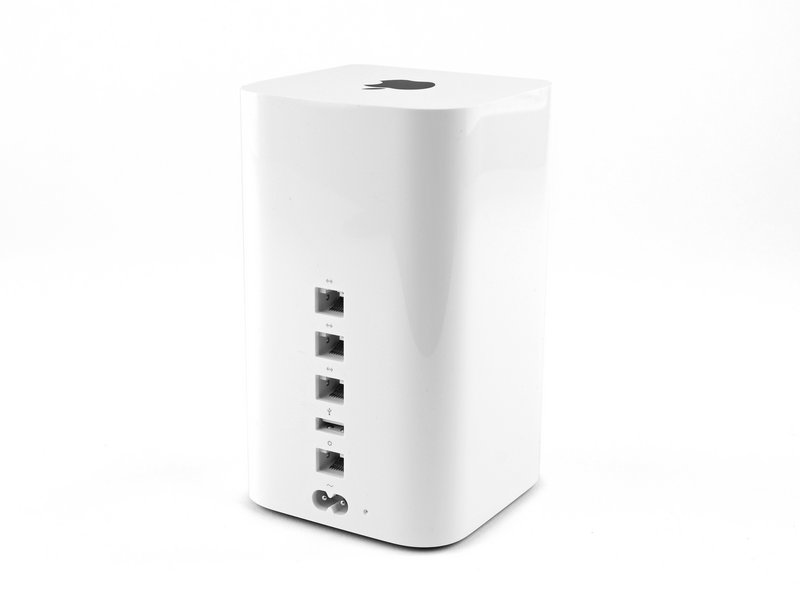 Having problems with your Airport Extreme? Refer to the troubleshooting page.

Released on June 11, 2013, the AirPort Extreme A1521 Base Station is the 6th generation router released by Apple and is compatible with Mac computers, PCs, iPhone, iPad, iPod touch, and Apple TV.

The AirPort Extreme supports router mode IPv6, which means that internet service providers can easily give the consumer multiple network addresses; it also offers simultaneous dual-band support. This means that it transmits at the 2.4GHz band and at the 5GHz band at the same time.

In addition to the standard 802.11a/b/g/n wireless configuration, this router is equipped with the new 802.11ac configuration. The 802.11ac has a maximum data rate of 1.3 gigabits per second which is nearly three times faster than the rate of the 802.11n.

The 802.11ac technology is equipped with a beamforming antenna array that is smarter than most base station antennas. It knows where an 802.11ac device is on the network and targets its signal to that device. This allows the Wi-Fi signal to be stronger and clearer than it would be with the regular broadcasting system.

The router has a white plastic surface and measures 6.6 by 3.85 by 3.85 inches. Its footprint is 64 percent smaller than the last AirPort. It weighs 2.08 pounds.

Although the Airport Extreme looks very similar to the Time Capsule, it lacks an internal hard drive. It is possible to compensate for this by connecting an external hard drive or a printer to the USB port that is located underneath the LAN ports on the back of the device.