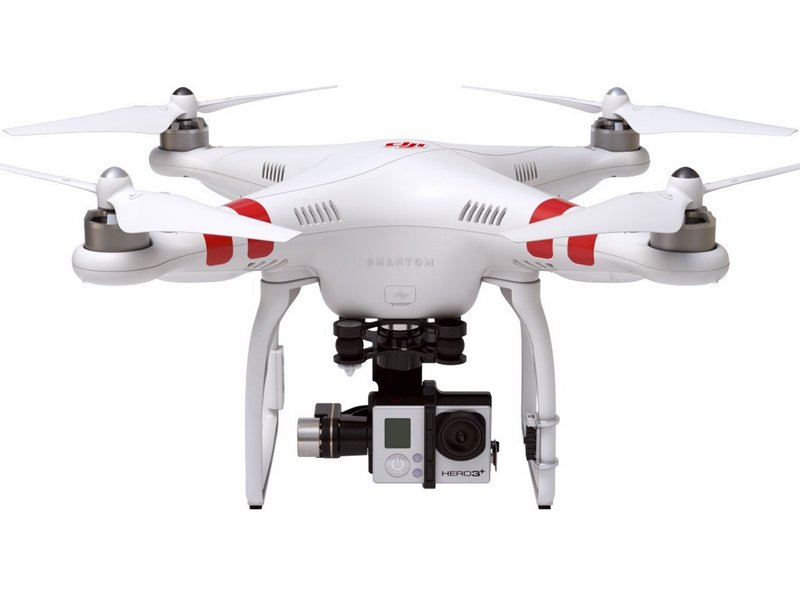 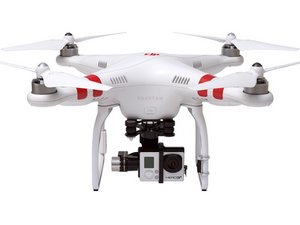 The DJI Phantom 2 is a quadcopter with an optional brushless camera gimbal produced by DJI. It has a 25-minute maximum flight time and an automatic return-to-home and landing feature but does not include a camera. It was released in December 2013. 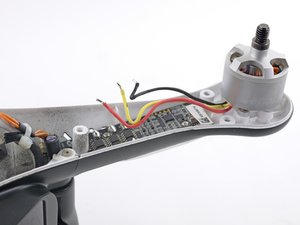 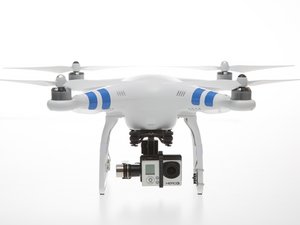 Erratic and uncontrolled flight can be the result of a flight controller error, to learn more, check out our DJI Phantom FlyAways wiki.

Phantom is a series of UAVs (or unmanned aerial vehicles) designed and manufactured by DJI, a Chinese technology company. The Phantom 2 is the second generation of the Phantom UAV series and was released in December 2013 after the Phantom 2 Vision.

The Phantom 2 uses a 2.4 GHz remote controller and does not include a camera. A Zenmuse camera gimbal could be purchased additionally with the Phantom 2 or could be purchased later. The Zenmuse camera gimbal was designed to hold cameras like the GoPro. The Phantom 2 includes an automatic return-to-home feature, increased maximum flight speed, increased flight time, increased controllable range, increased battery capacity, and compatibility with smartphones and tablets. The Phantom 2’s configuration allows users to control the camera tilt and orientation on two axes to achieve more level photos. The UAV features a maximum flight time of 25 minutes, self-tightening propellers, and an easily replaceable 5200 mAh Li-Po battery.

The Phantom 2 weighs approximately 1000 grams including the battery and propellers. It can fly up to 15 meters per second and has a maximum take-off weight of 1300 grams. The remote control includes a 2000 mAh Li-Po battery that can communicate with the vehicle up to 1000 meters away. FAA regulations require that the remote pilot maintains line-of-sight to any hobbyist drone or UAV, even if the controllable distance is farther.

The Phantom 2 can be identified by its white quadcopter body and the name “Phantom” in all capital letters on the UAVs body. The Phantom 2 also includes two red stripes on each of its four quadcopter arms. The name “DJI” is printed in lowercase red font in the center of the drone’s body.