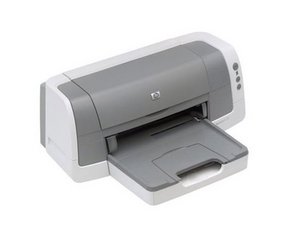 Repair guides and support for the HP's basic inkjet printer line, the DeskJet.

Inkjet printing recreates a digital image by propelling droplets of ink onto paper and plastic substrates. Inkjet printers are the most common type of printer.

HP produced its first inkjet printer (the HP Thinkjet) in 1984. The first Deskjet printer was released in 1988 and included a built-in cut sheet feeder, two parts per million, and 300 dots per inch. The Deskjet plus, which was introduced in 1989, offered a landscape printing ability. In 1990, the Deskjet 500 was introduced, offering a faster 3 parts per million print speed. HP produced a Deskjet version capable of color printing (the Deskjet 500C) that was released in 1991. The 500C was HP’s first dual-cartridge color Deskjet, which offered a real black ink rather than mixed black ink in color prints and used both of the printer’s cartridges at once. In the early 1990s, HP introduced the Deskjet Portable, which was designed to be easily portable and was marketed towards mobile professionals.

HP printers can be identified by the HP logo, which includes the name “HP” in lowercase font inside of a circle. Deskjet printers often include the name “Deskjet” and the model name or number in the upper left-hand corner of the printer’s front face.