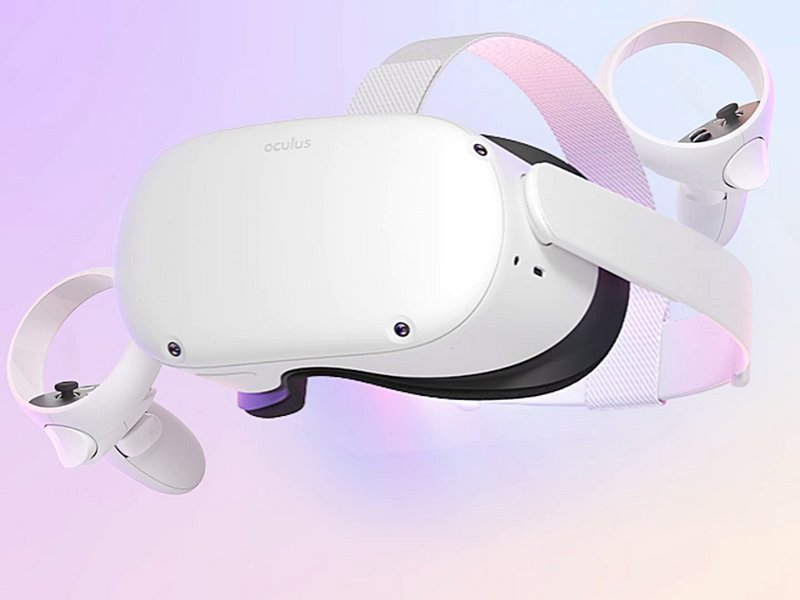 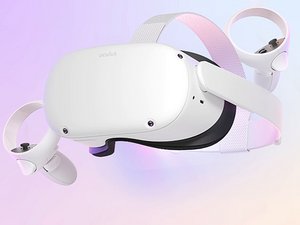 Oculus Quest 2 is a virtual reality (VR) headset created by Oculus, a brand of Facebook Technologies, LLC and successor to the Oculus Quest. It was announced at Facebook Connect 7 and shipped on October 13, 2020.

As with its predecessor, the Quest 2 is capable of running as both a standalone headset with an internal, Android-based operating system, and with Oculus-compatible VR software running on a PC when connected over USB. It is a refresh of the original Oculus Quest with a similar design, but with a lighter weight, updated internal specifications, a display with a higher refresh rate and per-eye resolution, and updated Oculus Touch controllers.

The Quest 2 received mostly-positive reviews as an incremental update to the Quest, but some of its changes faced criticism, including its strap, reduced interpupillary distance (IPD) options, and a newly-introduced mandate requiring users to log in with a Facebook account in order to use the headset and Oculus services.

Its design is similar to the original Oculus Quest, but replacing the black, cloth-covered exterior with white-colored plastic and a black face pad. It is lighter than the first-generation Quest, at 503 grams (17.7 ounces) in comparison to 571 grams (20.1 ounces). The strap was changed to a fabric-based version (rather than the elastic-based strap of the Quest), while the power button was relocated to the side of the headset, instead of the original's more forward facing one.

The Quest 2 utilizes the Qualcomm Snapdragon XR2 system-on-chip (which is part of a Snapdragon product line designed primarily for VR and augmented reality devices), with 6 GB of RAM — an increase of 2 GB over the first-generation model.

Its display is a singular fast-switch LCD panel with a 1832×1920 per eye resolution, which can run at a refresh rate of up to 90 Hz (an increase from 1440×1600 per-eye at 72 Hz). 90 Hz support was only available as an experimental feature for the home area at launch, with support within games added via a software update in November 2020. The headset includes physical interpupillary distance (IPD) adjustment at 58 mm, 63 mm and 68 mm, adjusted by physically moving the lenses into each position. This is also combined with software adjustment.

Unlike the original Oculus Quest, the Oculus Quest 2 is not backwards compatible with Oculus Go apps and games. It otherwise supports all games and software that are supported on the first-generation model, and existing titles can be updated to support higher graphical fidelity on Quest 2.

Oculus presented an "Elite Strap" accessory, which contains a ring-like pad for the back of the head and a tightness dial, along with a variant with a battery pack built into the strap. Oculus is also promoting Logitech headphones "certified" for Quest 2 (including the G333 VR, the company's first in-ear headphones model), which have shortened cords designed for use with VR headsets.

In addition, Oculus partnered with Logitech to support their K830 keyboard as part of the "Infinite Office" feature, allowing the keyboard to be detected and displayed within a virtual reality environment.