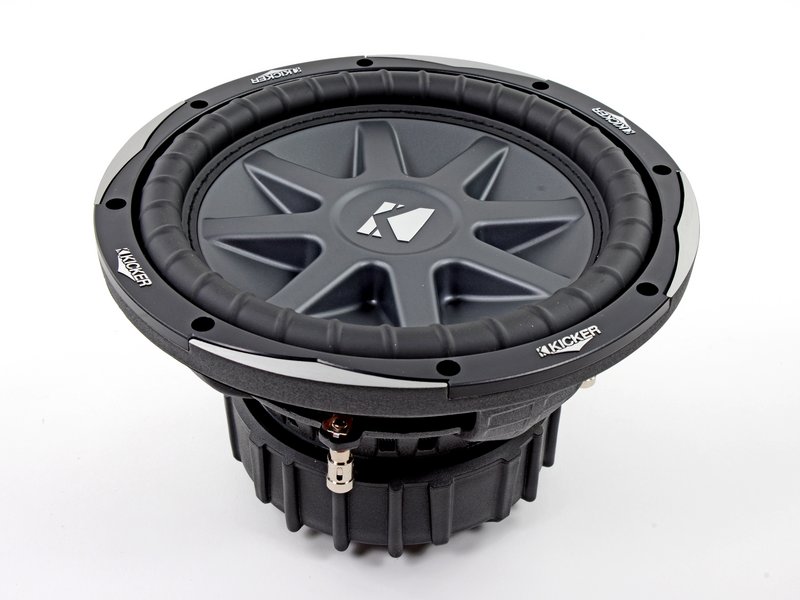 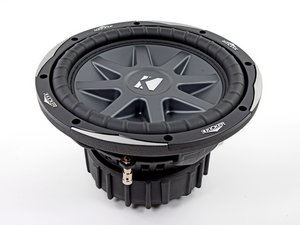 A general-purpose audio device that transmits low audio frequencies to your ears. 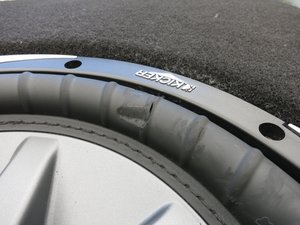 A subwoofer (or sub) is a woofer, or a complete loudspeaker, which is dedicated to the reproduction of low-pitched audio frequencies known as bass. The typical frequency range for a subwoofer is about 20–200 Hz for consumer products, below 100 Hz for professional live sound, and below 80 Hz in THX-approved systems. Subwoofers are intended to augment the low frequency range of loudspeakers covering higher frequency bands.

Subwoofers are made up of one or more woofers mounted in a loudspeaker enclosure—often made of wood—capable of withstanding air pressure while resisting deformation. Subwoofer enclosures come in a variety of designs, including bass reflex (with a port or passive radiator in the enclosure), infinite baffle, horn-loaded, and bandpass designs, representing unique tradeoffs with respect to efficiency, bandwidth, size and cost. Passive subwoofers have a subwoofer driver and enclosure and they are powered by an external amplifier. Active subwoofers include a built-in amplifier.

The first subwoofers were developed in the 1960s to add bass response to home stereo systems. Subwoofers came into greater popular consciousness in the 1970s with the introduction of Sensurround in movies such as Earthquake, which produced loud low-frequency sounds through large subwoofers. With the advent of the compact cassette and the compact disc in the 1980s, the easy reproduction of deep and loud bass was no longer limited by the ability of a phonograph record stylus to track a groove, and producers could add more low frequency content to recordings. As well, during the 1990s, DVDs were increasingly recorded with "surround sound" processes that included a Low-frequency effects (LFE) channel, which could be heard using the subwoofer in home theater systems. During the 1990s, subwoofers also became increasingly popular in home stereo systems, custom car audio installations, and in PA systems. By the 2000s, subwoofers became almost universal in sound reinforcement systems in nightclubs and concert venues.