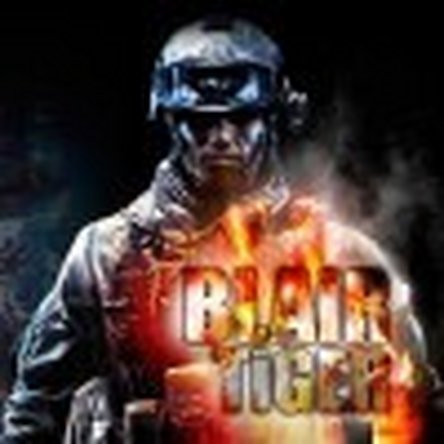 My iPad shows charging symbol, but is not charging...

My iPad shows charging symbol, but is not charging...

See image, it is showing the charging symbol, but not charging... What is going on?

same problem I faced with my iPad 4, took it for repair more than once, but the problem is still there without any fix. I bought a year ago and use it for about 8 months before the issue happened!

It sounds like the cable or power box ( thing you plug it into and them plug into wall) is busted, try a different one of those

This problem started right after the last upgrade.

i got the same problem too. its so irritating after the last update

The problem is definitely in the gas gauge line between the logic board and the battery.

This could be a failed battery—and if there were no prior repairs, this is most likely.

The most common cause if the phone has been opened, is a missing FL 11 on the logic board. The FL 11 is a tiny component that commonly gets knocked off when people connect or disconnect the battery.

Apple diagnostics won't help you—they will just show how many amps the phone is consuming while charging, which won't help you to narrow down between these possibilities.

2.) If the problem isn't solved, look for the FL 11 on the logic board and send the phone out for repair if it's missing.

3.) If this doesn't resolve the problem, replace the dock connector.

4.) If the problem still isn't solved, send the phone out for a U2 IC chip replacement on the logic board.

You got to speak English. I am 12 and my iPad is not charging even though it is can you help me without using all those big words???

@Kassidy be nice kid. Ask your parents to take it to a Microsoldering repair shop and explain what’s going on with the iPad. They know how to speak this language, and they’re the only ones that can fix problems as complex as this one.

Most of what I see is hardware failures, and this is a common one called 'fake charging' that can happen after water damage or drop damage damages in phones which causes a hardware fault on the logic board. I had an iPad mini lately that had a similar problem---charging okay but the battery percentage never went up or down....that one turned out to be a tiny resistor near the battery connector had rubbed off.

Did this just start happening on it own out of the blue, or is there some history here?

Update: iPad 4 fake charging is probably a burned U2 charging ic chip, just like in the iPhone 5. I have seen this a lot this year

Yes there has been some history of this happening, I change my charge when the battery kept charging but right now it's not even changing its percentage, what's happening

I just had this on ipad air 4th generation did a hard reset, it seems to be ok now

Be sure that you are charging using the correct wall adapter like this one here. Also make sure that the charging cable is not longer than three feet (or one meter). There is too much voltage drop for the iPad to charge properly on most longer cables. iPads also will not properly charge when plugged in to a PC or Mac - not enough voltage over the normal USB connection.

I am using the wall charger and cable that came with the iPad. Looking around the internet it looks like this is a somewhat common issue. Have people had success by upgrading to a strong Volt/Amp/Watt Charger?

How old is your iPad? Which model is it? I would not recommend trying a charger with increased output - you could easily damage your device.

I was using the USB-C (29W) adapter and cable to charge iPad b/c it is faster. But it stopped charging the iPad for some reason. When I used the regular lightning cable and charger, it charged fine. The USB-C still works to charge the iPhone but not the iPad. Go figure !

I know it's kind of late to answer this but to anyone who have this issue, it's your charger cable, in the cable there are a few wires for different things, I don't know exactly which does what, but some of them are for charging , some of them are for USB connection , I think those wires for charging are damaged and when you plug it in , ipad thinks it's connected to the charger because of those wires that are not damaged yet...you should buy another charger cable, like I do , every single month !

I am facing this issue since a month and my battery meter hasnt gone up or down from 16% ever since. I wanted to try everything before taking it to apple centre. Hope this works. Im gonna buy a cable today and will reply back here if that works!

I think I'm having this issue, because my little brother sort of made a tiny open slit in between the end of the cable towards the connecter, to the connecter itself. It worked when I temporarily taped the cable so that the slit doesn't show, but now it just doesn't work. I think it got to the point when it's at its brim of holding all the power to connect in the currents. I have all of my schoolwork in there, and it's really important that I get this problem fixed by tomorrow. Because the next day's Monday. Thank you for your answer though.

I followed advice about not using a long extension cable. As soon as I disconnected from extension cable and plugged charging cable directly into wall socket, all was well.

guys i need help for a few days my ipad was of and when i put it on charge all that cam up was a black battery with red lines. i tried 2 different cables and 3 differnt chargers and now my ipad doesnt do anything when press the power button or plug in the charger i really need help!!!

I had a similar prblm like u.. When connected to chrgr shows a charging icon with one red line n it nvr goes up evn after 2hrs charging. If u hav got any solution or hahad ur prblm solved.. Plzz help us with ur solution.Thanks in advance.

Try getting a toothpick to clean the port in which your skinny end of the charger goes that is on your device. Be careful not to scratch it. This process will help clean your device and might allow it to charge.

Please help me, because my iPad says it's charging, but the battery runs down.

By chance a simple fix worked - I reversed the end of the charger which goes into the iPad port. Turns out for some reason one end of the charger when plugged in resulted in fake charging while the other end worked fine. I've now made a light mark on the side which works so I can plug it in with that side face up. Don't know the wiring technicality, but if you've tried all other fixes give it a try before going to Apple!

Could not believe it, but tried it and it worked ?!

I just had this issue and got on the phone to Apple. They did a diagnostic test and it was all clear, then they suggested a force restart (turn off and on again). Battery is now recharging as usual! I was stuck on 1% so was scared to do this but kept it plugged in and now all’s fine.

I had that problem couple months ago , but what I did was left it couple weeks then one day , it started working again .maybe it's the port or the charger or something,

I found I had to wiggle the input cable and apply some pressure before the lightening bolt showed up. I think the input cable for the iPad has been badly designed given the number of people that I see have had the same problem (this could be strategic by Apple - so we customers have to go and purchase another charging cable). It creates a great inconvenience and frustration.

Turn your device off. Cut a plastic qtio in half at a 45 degree angle. Stick the plastic pointed part in the charger port. Back and forth back and forth. Apply a tiny bit of 91% or higher iso alcohol to the tip and repeat back and forth. Blow out with compressed air. Repeat process to clean contacts on your cable. 70% that's it. 15% of the time you need a new chrager, 15% battery replacement. That's been my experience.

I have slso had this problem not just with my ipad but my Samsung s4 and laptop. I noticed that all these would fake charge when I connected to public wifi and might not be a hardware problem but some kind of hack or virus with the wifi adapter. I noticed when I disconnected from wifi restart the device's they would charge as normal.

I had my iPad mini plugged in for two days and it wouldn't go up passed 3%. So then I just switched the charging cables and as soon as I plugged it into my iPad my battery % went straight to 100%. So I'm assuming it's because of the wrong charging cable that started this frustration

If you have the issue above, please buy new genuine cable 1st and try. Do not go to any one.

Doubtful the battery needs replacing, but you could check by having Apple run diagnostics on it. More likely, the system just needs to be reset. Before you go to Apple, turn the iPad completely off for 30 seconds. Then connect charger without turning it back on. Chances are, it will now show it is charging. If that doesn’t work, turn it off again. Disconnect charger. Hold the home button and power button down simultaneously until you see the Apple icon on the screen. Now reconnect the charger. It should be charging normally. If not, make an appointment at the Genius Bar. Good Luck.