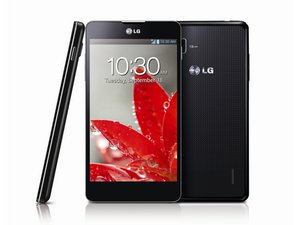 The LG Optimus G was announced on September 19, 2012. It is a smartphone designed and manufactured by LG Electronics. In the US it is available through AT&T and Sprint. AT&T carries the 8-megapixel camera E970, Sprint offers it with a 13-megapixel-equipped LS970 model.

Why is my battery drain quick, also when phone is switched off

I have battery issues i am on stock rom hard rest the phone dint used any apps but then also my battery is getting low soon i checked the battery is fine no problem when i removed it its doesn't get low the whole night.

as i checked there is no problem is software i think it may be hardware problem plz let me know what to do in this.

Have you checked the back of the battery? if the battery has a "bulg" then there's your problem. The battery is the thing which is damaged and causing your phone to have these issues.

If this has helped please accept and score my answer.

No Battery is fine as for one day i had fully charged it and removed it from phone and it dint drain so battery software is not having any problem it should be any hardware.

the problem on this phone and many phones, is too many apps running in the background, both ones that came on the device and ones you loaded - the solution is to root the phone and install a clean, stripped down ROM such as Slick ROM V5 from XDA Developers website.

I bought one of this exact phone, it would get hot and drain the battery quickly, after installing the barebones ROM above, it is much faster, runs cool, and the battery lasts 2 days!