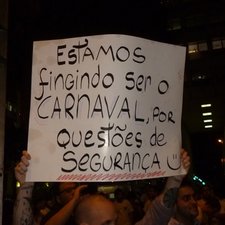 I have a SM-G900H which took some water damage (toddler dropped it in the bathtub for a few seconds), despite that IP 67 rating.

It worked for a few seconds while I dried it and removed the battery. After a couple of hours drying out, I tried to turn it on. It gave a "low battery temperature" warning and a "SIM not reconized, rebooting" warning, and I instantly removed the battery (I supposed it was not completely dry yet) and shoved it in a rice bag for 48 hours.

I turned it on now. Battery is working fine, but the sim card is not recognized. I tested with another SIM card, so I know its the phone. In the place where the signal bars were shown, there is a "forbidden\no" sign.

I need some pointers on diagnosing which part took damage. My first idea would be to replace the whole motherboard, because as far as I have seen here the SIM connector is permanently soldered on it. I became doubtful when I saw some online ads for the SIM slot itself, not attached to the motherboard.

The entire SIM Reader should be replaceable. But yes sometimes you can replace just the slot but you are better off replacing the Reader

I am currently experiencing the same issue with my S4 Active. I Have a replacement coming in the mail.

Where did you get the reader?