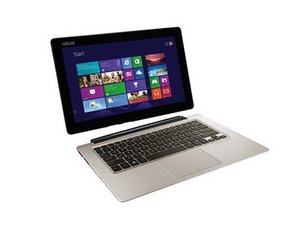 The Asus Transformer Book TX300 is a hybrid laptop/tablet.

I recently have to use a recovery partition, becouse of windows black screen issue (while this, notebook has been force-turned off several times while going into sleep mode which I realized after a repairing a windows). After my "repair" Windows OS came back to its old life, but BIOS started to freak out.

1. When OS (Windows or Ubuntu, doesn't matter) request a sleep mode from bios, it blanks out the screen and that's it. I can hear a fan running, and see indicators flashin. BIOS does not support any other sleep mode than S3.

2. When OS request a restart from bios, it hangs on, turning off a whole notebook, and from time to time turning it on after a second or two. Before that issue, notebook was restarting flawlessly without a complete shutdown

3. When OS request a shutdown from bios, it hangs on, on black screen.

4. When OS finishes a hibernation, and requesting a hiber-shutdown, same happens. Hibernation files are complete, and after force-shutdown via button press, I am able to wake up from hibernation.

Also after changing any bios settings selecting "save and exit" screen becomes black longer than usual with additional " _ " solid sign (just like a cmd blinking dash, but solid here) in left upper corner which was never happening before. BIOS remembers new settings after all.

I have tried to reset bios settings, but problem remains.

Suddenly, after 10 years this weird behaviour stopped. I can’t tell real solution, but it can be related to an adapter I made to use USB-C to charge it. I have a unadequite charger which can’t sustain 20V 3A so adapter kept pausing a charge process for 3s or more and started charging again. This is the only thing I did recently and by my supprise it can now shut down, sleep and hibernate by itself… I’m happy and confused.

Oh... I feel sorry for you, but it's not helping in my case. Mine tablet's glass is still fine, no scratches either.