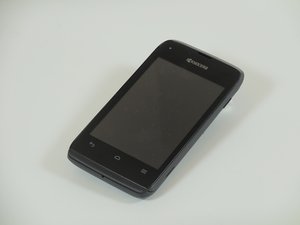 The Kyocera Event is and Android based phone for Virgin Mobile. Released February 2013.

Why will my Kyocera Event not turn on?

The phone will not power on when holding down the power button.

Hold down the power button

Press and hold down the power button (on the right side, top of the phone) to turn on the power.

1. There is a chance that your battery needs to be recharged. Try plugging in the phone to your charger and give it a few minutes before holding down the power button.

If this step also fails it is possible that the charger may be faulty and needs to be replaced as well.

This was so helpful ok

I tried this and replaced both the battery and charger, and it still won't turn back on. Please help!

My phone just don't turn on or off ....it has a white line from top to bottom in the middle of the screen

My phone does nothing

If it is old can turn on

Activate a minute cell phone from a Sprint SIM card