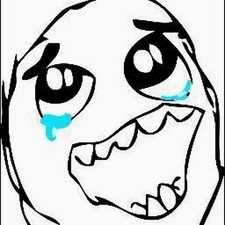 Today I installed a brand new display/lid assembly using the guide here on iFixit. The laptop (besides the screen) was working fine before I attempted repairs, I had it plugged into an external monitor and all was working as normal. However after completing the replacement successfully (screen now 100% working) there is a new problem!

Upon turning the Air on the fan speed keeps increasing until it reaches max rpm (so loud!!) and the Yosemite loading bar crawls at an absolute snails pace (taking maybe 2-3 mins just to boot) but even the mouse cursor is extremely laggy etc.

I have read on another forum post (in that case the air had been liquid damaged) that it's an SSD issue, but my Air has had no liquid damage and was working normally before this repair!

Steps I have taken to try and solve the problem so far:

Removing cpu fan cable and reinserting into logic board

Can anyone help? Thanks in advance :)

sorry, don't know what happened to the rest of my comment above. I took it to the Apple Store and explained the situation, they ran their special diagnostic which told them that there was a malfunctioning temperature sensor in my computer, and the error code narrowed it down to my trackpad! Turns out when I was putting my computer back together I didn't properly connect the trackpad ribbon cable to the logic board. So all they did was open it back up, and re-seat the cable, turned it on and it now runs like a dream!

The computer was taking AGES and the fan was roaring up due to its own safety features, the computer detected a faulty temp sensor so it automatically heavily reduces the CPU clock speed (resulting in a VERY slow computer) and it spins the fan at max RPM as its assuming a worst case scenario of extreme temperature.

Did you ever this figured out? I just had a brand new display installed and am experiencing the same issues. I am freaking out!

Hi there! Yes I did find the solution to the problem

I have 2014 early MacBook Air with the same issue, slow CPU and full speed of fan . after replaced the new logic board and still the same ? fianlly repalce the new ""cable of trackpad ""and problem sloved . the cable is cause LB to read the sensor will bad

Thank you very much! I was really depressed, but putting back the trackpad works

Hi I had the similar issue! This page did point towards a solution. After replacing broken screen of my Imac 27” late 2015, it was really slow where the system usage at idle was over 60% and the fan was at full speed 3600rpm.

On the apple troubleshoot scan result I got a error code PFM006. Which is an error related to CMS. I tried resetting the CMS, but no luck. Later after reading more a though I have damaged the HHD, so I opened to swap the HDD from another MacPro Desktop to see if CPU usage drops, but no luck. Got to reseaching more and I landed here so I checked for sensors and I noticed I did not swap the screen sensor from the old screen! I placed the sensor into the new screen, booted and it was working normal speed, cpu usaged drop below 3% and the fan was working at normal rpm.

So if you get similar error please check all temp sensors! :)

Could you point out what is and where is exactly the screen sensor you're talking about?

I think I might have discovered the source of frustration here. I ran into the same issue after replacing the display on my wife's late 2014 MacBook 13". The display replacement went great thanks to the iFixit detailed instructions, but when I reassembled and turned it on I got the high fan RPM symptom and throttled CPU symptom.

Googling the problem showed me that I wasn't the only person this had happened to, however, it didn't seem that there was a definite fix, except letting the Apple techs have at it.

I remembered, during reassembly, having a bit of difficulty getting the camera cable inserted, and remembered thinking that I was having to use far too much force to get the connector to seat. I had inserted the connector in the orientation in which it laid naturally on the logic board assuming that it was correct.

I also recalled seeing the gold pins of the camera connector during disassembly of the faulty display facing me when I removed the cable. So I flipped the cable over and it slid easily back into the connector and seated securely without force. Voila!

Everything is working perfectly now. Anyone attempting to replace the display on a late 2014 MacBook 13" should be aware of the fact that the flat camera cable might not be oriented the correct way for insertion. Make sure the gold contacts are facing you when inserting!

Can you give me a more detailed idea of which cable you are talking about? I installed my new display last night and am having this exact problem. I feel like my mac might blow up.

Same story for me. Macbook only runs normal with the new display when the camera cable is unplugged. However it was plugged correctly (gold contacts facing me) when the macbook was slow.

Hey all: similar situation, but with some additional info.

=> When camera cable is connected, than the Macbook is super slow, not possible to work with it. After PVRAM Reset, the Fan is not roaring. However, it is super slow. Tools like TG PRo indicated that Hardware Fan is turned off. HOWEVER, Photobooth works, the Camera actually WORKS!!! This means that it is not a faulty camera, but something else.

=> When camera cable is disconnected, Macbook runs smooth like always, Fan goes on when needed. Normal temperature everywhere. But then of course no Camera.

So in short, with camera cable connected, Macbook is not usable, however, the camera works and is therefor not faulty! Is there something else connected to this camera cable? Some hidden sensor to make screen replacement unusable??

OKAY THAT IS FUNNY! It works now. I put the Macbook into sleep, connected the iSight cable. Of course, it didnt recognize it. But after a restart, camera worked AND the Mac was not slow anymore, NO roaring fan! Couple of restarts later and it still works!! Hows that possible ?! But yeah so stoked now about that