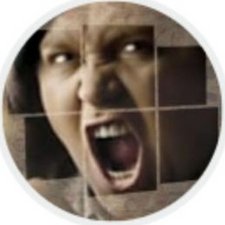 IT WENT FULLY underwater of all places

Highly unfortunate any time MBP gets violated by liquids ;-{

Mine did as well - just two weeks after opening a brand new fully loaded MBP 13". IT WENT FULLY underwater of all places, on my bed!

I was setting up to watch movies lounging in bed, a TV Tray never used before next to bed had laptop, then came two mason jars, quart each set next to laptop. The laptop was to transfer to the bed, never made it!

The TV Tray collapsed against side of bed trapping the laptop, and now 1/2 gallon of water also trapped, completed submerged the half opened screen lid of the laptop, with it going black before I could grab for it.

Finally, getting the lights on, grabbed the laptop, and water is pouring out of every opening. I was so panic stricken, I could hardly function. Somehow every move that came next was perfect.

I immediately held it waist high, with ports dripping aimed downward, and spun as fast as possible, arms out, using the G Force to push out as much water as possible. Knowing most of the water has escaped, the next step was to get it forced dry as quick as possible. Lucky again I have electric forced air bathroom portable heater handy,

I set up laptop partly open on thick bath towel, with the screen open, also propped up on its side, and angled so front corner of bottom, and corner of screen is lowest point. Hinge corner raised 2-3" off the floor to angle downward towards front.

Set heater to the highest setting, feeling airflow go also under hinge corner that's been raised off the floor, so entire laptop is getting wrapped in warm air flow.

Checking surface of laptop frequently by touch, confirming the temp 150 F average. Set up a cardboard box behind laptop to keep cool air from getting in the mix.

When I woke up in the morning the bathroom was a good 80-90F when I opened the door. The laptop was toasty warm, set it on bed, covered, to cool down slowly. 4 hours later, and 5 years later still, no one will ever know it was under water.

I just replaced battery after 7 yrs, and have images on file, where battery was w/i day of exploding, So much pressure it bent the bottom cover open by 3/8" on left edge, fully exposing the cells.

No battery warning of any kind ever came up. Every report said battery was perfect. Only the fact I moved the cart it sits on, was it finally noticed.

So much tension from distorted cover prevented 4 screws from turning. Every effort was made to not destroy the only #Zero phillips that came with new battery. I was forced to drill the head off one of the four remaining,, which released the tension on front edge screws, so that they could turn out by hand. When the head drilled off, the cover flew open like a broken truck spring.

He's good as new again, and search for new bottom cover is so/so on Amazon, for roughly $50 - and not made by Apple.

Next up, while I'm in there in getting new Drives! SSD for sure, but wanted to see what the current climate of issues one will get into.

Oh Boy, there are some tortured victims here. But, the talent here didn't let them be tortured for long!

So Cheers, to the cool IFIXIT crew that know all the tricks!

You will want start here,

Report back with your findings and we can begin to help you.