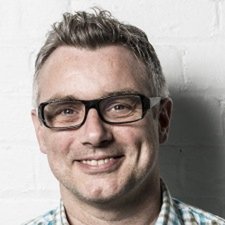 I have an iPhone 5C that won't charge. I have just replaced the battery, to see if this would be enough to get it to boot. It doesn't. I would have expected the battery to have some charge, so this rules out an issue with the lightning bolt charging port ... or does it? What should I try next?

Check the battery voltage first, it should be above 3.7 volts.

Battery replacements usually come with barely any charge in them, so if you had it for very long before doing the repair (as opposed to fixing it the same day you got it in the mail) you might not be able to rule out the charge port flex cable.

If you are able to test the battery to make sure it's above 3.7 volts, then kudos to @gigabit87898 for the suggestion. However, if you can't, then you'll want to start with replacing the lightning port flex. Because this is one of the tougher repairs on the iPhone, you might want to test it first by following the following steps:

2. Open the phone, and remove the shield covering the battery and lightning connectors.

3. Pry the two connectors (starting with the battery, followed by the lighting).

4. Peel the lightning cable downward gently until it can freely bend leftward out of your way.

5. Attach the replacement part to the connector, and plug the battery back in as well.

6. Plug your lightning cord into a computer with iTunes open to see if it will appear.

7. If so, replace your lightning adapter!

8. If not, unplug the lightning cord from the computer and into a wall charger. Let the phone charge for 20 minutes, or until it turns on. After 10 minutes, try and turn it on by pressing the power button if it hasn't powered up already.

9. Once the time is up, and you're reasonably sure the battery would be charged if everything's working, plug it back into your computer to see if iTunes recognizes it.

10 . If it does, go ahead and replace it! If it doesn't, you've got a bigger problem on your hands, and it's probably logic-board related.