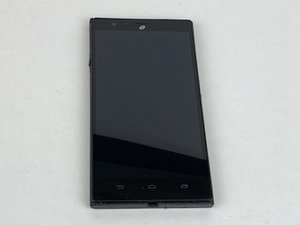 The ZTE Lever is a black 4G LTE smart phone sold in Wal-Mart stores with no contract and unlimited data. It comes with a front and rear facing 8MP camera. It was released on December 31st of 2014. 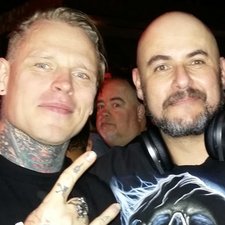 How to play music?

I just bought my ZTE LEVER cell and after downloading music albums from my PC it will not play ANY FORMAT, how can I fix this???

Does it at least detect the music files you uploaded?

What headphones are you using with it?

Well, I have a Samsung Galaxy s5 (actually it's my dad's) and I mostly use Samsung Music. It works with most common relatively-low-bitrate music formats like mp3, wma (probably), and others that aren't coming to my head. I don't think it works with high-bitrates like wav, but the software probably doesn't come with your phone anyway.

One possible solution could be Kodi Media Player, an open-source media player application that can run most lossy music files, like mp3, and high-bitrate files, like wav or flac, as well as most video files (mp4, mov, etc.), and will probably be able to play your music without any problems, depending on the hardware. The main reason I don't use it for phone though is that it isn't very mobile-friendly. On mobile it looks just like a shrunk-down version of its desktop version (which I recommend).

Another solution might be Microsoft Groove, even though I haven't actually tested it out on android yet so I can't say how it's going to be for you. I've tried it on iOS (iPhone, iPad, etc.) and Windows 10 though. You might have to upload your files to Microsoft OneDrive for the mobile version before you can listen to them, though.

Try looking for music players on Google Play Store. It probably could also be helpful if you could mention the music formats (.mp3, etc.) and where you downloaded them, but you're free to not say if you don't want to. Probably not an expert, but this might about be the best help I can give. Probably.