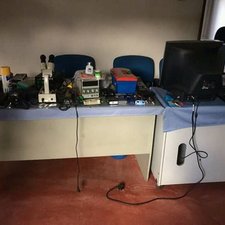 can any one explain how iphone display circuit theory?

yesterday i got a phone6 no backlight no image. when check lcd connector oxide on image rail. after remove oxide backlight+ image comes.

i want to know why no backlight if image line problem?

why if no image no backlight??

@refectio @teetopp any idea what might be going on here?

The iPhone 6S has a very sensitive backlight circuit. It doesn't take much more than a misaligned connector while the battery is connected to blow the backlight filter (ferrite bead). If a phone was water damaged, all it takes is a tiny amount to short the adjacent contacts on the LCD connector (PP_LCM_BL_ANODE_CONN & GND) to cause the same effect. You might not even see any after effects of the water other than the red LDI.

The Touch IC on the iPhone 6S, now embedded on the screen assembly, replaces the CUMULUS & MESON IC's from the iPhone 6/6P and include the added Force Touch functionality.They wouldn't normally have anything to do with a screen not producing an image.

As for the LCM_Panic line, it appears to be the same thing as the PMU_TO_PHOTON_ALIVE line from the iPhone 6. They both originate from the PMU and are part of the Display Control Signals going to the screen.