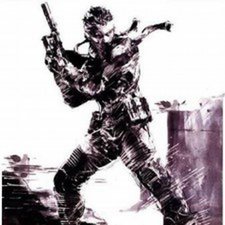 Y000 screws too tight to remove

I’ve managed to remove three of the Y000 screws securing it. But none of the others even look like loosening. They’re too tight. It could potentially be the cheap driver I am using. It’s just one of the ones that comes with replacement screen. But I had no issue with the first three screws. So I’m not sure that’s the reason.

I’m worried that even if I spend the money on a decent driver, it still won’t help if the screws are too tight.

I’ve even considered worse case scenario of buying a new home button and backing shield. But I can’t find the backing shield for sale ANYWHERE.

Anyone have any advice. Thanks in advance.

I have also had the same problem where I'm not able to screw some screws out because they´re to stuck or the screw is stripped.

There is not to much to do about it than, in your case, to buy a new LCD Shield Plate for your iPhone 8.

Only the original home button will work on your phone because it has the haptic feedback home button that is linked to only the iPhone it came with, so do not replace it with some other home button.

Anyway, my suggestion is just to force the LCD shield plate out in some way for you to be able to remove the original home button.

I found an iPhone 8 LCD Shield Plate on this website, and would assume that this isn't the only place where they sell these. (https://www.fixez.com/iphone-8-lcd-shiel...)

Thanks heaps Daniel. I’ll give your suggestions a try. I’m going to try a better quality screwdriver. Then if that fails, I’ll look at buying parts. I appreciate your help.

I've had some success with using JB weld on screws and attaching an old driver to it. It usually gives me enough torque to remove the screw. Just make sure you apply the JB weld only on the screw.

I had the same problem, I didn’t want to pay for an for an other screwdriver set so I just betn the home button bracket carefully so I could take it out, to then bend it back once in the new screen and screw it tight… and tadaa… worked like a charm.