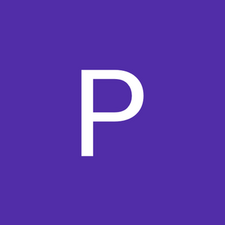 I’ve had my PS4 Slim for nearly a year and a half now. A month ago, my PS4 started turning off randomly during games and even while it was doing nothing. I thought it might be dust(which there was a lot of) and cleaned it….tried the whole initialising process and also rebuilding database solutions. Sometimes I can play for an hour and sometimes it switch off within 5 minutes.Whenever it switches off, I cant instantly turn it on. I need to remove the plug and put it back on for it to power on. What could be the problem? Really need help. Thank you. :)

Mine is turning off as soon as a save file is about to load. Started last night in the middle of playing Cod WW2. Just shuts off as if power went out bit it didn't. Changed all cables and cleaned the inside but to no avail as well as rebuilt database.

A couple months back the 7.50 update killed my Blu Ray drive in the slim and don't know if it's connected. It's like Sony injected poison into my PS4.

Did you find a solution? Having the same issue. Please let me know at kunalkhilnani.03@gmail.com if you found a solution? Would be very helpful! Thanks.

There are 2 things that could be causing this:

The system is likely over heating either due thermal paste not pulling the heat from.the cpu to the heat sink or the cpu/gpu fan might be faulty, can you hear the fan when you turn it on?

The fan has been normal I guess. I cant hear a loud noise or anything coming from the fan.

Can it actually be the PSU's fault? When I did the full Initilaization process, it took nearly 50mins to 1 hour and the system did not shut down during that time.

I wouldn't have thought so but it is possible, I was thinking after I posted it may also be the hard drive. It would explain why it didn't shut down when doing a restore as the data on that section of the hdd is ok also explain why it passes boot, then when playing a game it is trying to write to a certain part of the hdd that is damaged. Do you have a hdd from an old laptop or something similar that you could try?

But even when the PS4 is doing nothing and on the main screen, it switches off after some time! :/

The system might be idle but there is work going on in the background which requires hdd access.

Even right now I switched it on, it was on for nearly 20 minutes but then switched off. Could this be an overheating issue? Cause when I touched the console, it was a bit hot!

Are there any other symptoms at all when you attempt to restart? I am thinking that there may be an issue with the power supply that is causing this. There are components inside that can be thermally sensitive as they age that may be preventing the power supply from working properly. Any chance you have a spare around?

With the system working normally once started, I would start with the power supply.

I cant see any symptoms. The only odd thing is I either have to take the plug out and plug it back in or turn the switch off and then back on.

A power on takes a bit more power than "running" which is why I would suspect the power supply. If you can, try a replacement supply and let us know the results.

This may also be that the fan is dusty. Mine had a problem quite like this, and somebody cleaned out the dust from the fan, ending the problem.