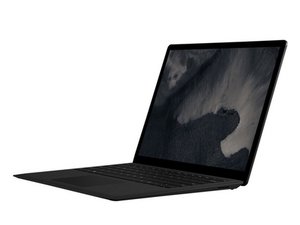 The Surface Laptop 2 by Microsoft was released October 2018.

Surface laptop 2– had trouble with the singular usb port after an update. Restarted a few times ( restored from a backup) — now it won’t start at all. Tried different charger, different outlet. The light does not come on when it is plugged in ( charger works on roomate’s surface) so I figure this is an electrical thing.

the screen flickers, no logo, and then turns off again.

it was perfectly functional beforehand. Help?

This device has a Repairability score of 0 so not much hope.

Having a second look at your original question it does seem like like a software issue because it would be quite a coincident for hardware to fail after just an update.

Have you tried getting into the UEFI (BIOS)?

1. )Shut down your Surface.

2. )Press and hold the volume-up button on your Surface and at the same time, press and release the power button.

3.) When you see the Surface logo, release the volume-up button.

The UEFI menu will display within a few seconds. This will show that your hardware is probably O.K.

Another thing to try is booting Windows from a USB drive as follows:

Note: Before you start, make sure you don’t have any other USB devices connected to your Surface, including USB mouse devices, keyboards, or other storage drives. Surface will try to boot from any other connected USB devices.

1.) Shut down your Surface.

2.) Insert the bootable USB drive into the USB port on your Surface.

For info about how to create a bootable USB drive for your Surface, see Creating and using a USB recovery drive for Surface.

3.) Press and hold the volume-down button on the Surface. While you're doing this, press and release the power button.

4.) The Microsoft or Surface logo appears on your screen. Continue to hold the volume-down button. Release the button once spinning dots appear beneath the logo.

Follow the on-screen instructions to boot from your USB drive.

I'm going to try to boot from USB. I will need to create the recovery drive from a different computer, though-- probably a non-surface device. Is that possible?

This one won't let me get to the point of starting up, so there's no way to do it from the laptop itself.

Can't get to UEFA service settings, since I'm not getting a logo at boot, just a flickering screen.

thanks for your help, Mike!

After do these all things. your computer is not turning on at all—fans are not running, lights are not blinking, and nothing appears on screen—you probably have a power issue.

May you are facing this issue due to boot problems.

if the fans and lights do turn on. So if the troubleshooting steps in this guide fail you, it might be time to replace your power supply.

Thank you for your response. Which guide do you mean? I am getting lights, but no windows logo. I do think they may be a boot issue, or power supply, but I’m not 100% sure.

I think Eva may have3 ment this: