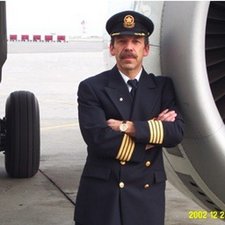 Replacing the capacitors on a iMac G5

Has anybody ever replaced the (25) capacitors instead of the whole logicboard?

Looking for a brief guide as how to do so. I have done some electronics soldering but would appreciate further guidance, especially on how to remove the capacitors and any rule of thumb/trics/

OK, thanks guys. I don't think it is worth the trouble.

I found this site that does the job, sounds promising and professional.

I've emailed this guy and asked him to join us. His web sites not up yet and he's only made 14 sales on eBay but we should be able to tell if he's legit. I would love to find someone doing this. + vote for finding this guy

If you ever do it, change all the big capacitors, bloated or not. If you don't, those that look OK will likely also fail in a short period of time too.

I've done two. One success and one failure. Cost per set was $36. These are not easy boards to work on. Getting the capacitors out is a bugger. I spent about three and half hours doing it with good tools. My average = 6 hours time + $72.00 for the capacitors + shipping per success. It was just not worth my time. The boards looked like the wrath of G-d had hit them. I was not proud of the work. I use the machine as a test and format and haven't had any problems for 7 months.

I stopped doing component level repair almost 20 years ago. Just not worth the time and money now. Ralph

Well rj, I don't mind one or two but 25 successful solders is more than I want to handle. Some of these boards may only show 4 or 5 bad ones. But the main problem was the counterfeited substandard capacitors that got into the system in China. Fix 3 or 4 and the problem cascades.

If someone want to try it I have another set that I will send you for free.

Have you ever considered using a heat gun instead of a soldering iron to remove, and maybe even attach them? or would that damage them. I have used a heat gun to re-flow solder in the past and it turned out alright and heat guns can melt solder as well.

Yes, but I couldn't get an answer to this question: What heating tool do you use?

Here is a site that has the info on it if you do not mind spending the time trying it.

I have tried one and it failed and I have a second one to do but it will wait till I get new iron.

You need room and a static free station just to attempt. Best of luck.

By the way, the link you gave leads me to a 404 error, page not found.

Looks like he's changed his site. This will get you there.

I've done a few actually. I think pretty much all of them worked. You don't always have to replace all the caps. There are two types in particular which tend to fail. The 1000mF and 1800mFs.

It does vary. Some of these boards do have up to a couple of dozen of the bad ones, but many have only 6 or so. Given the time it takes, it could be considered overkill to replace caps which aren't bulging or leaking. I've gotten away with leaving the odd one here or there.

you forgot to press the alt gr key - mF would be a little bit to much instead of µF ;-) - apple replaced only single bad caps. had many boards with only one or two replaced ones. on some machines i replaced oll, on others only single ones. i use a hot air station for that - soldering irons aren't hot enough to get it done quickly - replacing all caps from an old 17" g5 is done in 45 - 60 min. i hold them with a long nose plier while heating up the solder from the other side - desoldering all caps takes around 10 minutes.

Markus, please leave an answer for this one: What heating tool do you use?

It is difficult, but when a new board will run you nearly $800, it can be worth the time and a few $$$. I agree with the person who said Apple should be sued. Apple should have put out a recall on these. It put a bad taste in my mouth for Apple and their HIGHLY priced computers. When you pay triple for a product what you pay for others, you expect better service.

Since these are known to be defective parts, and Apple had a program to make the repairs which has been discontinued since Dec. 2008, you would think Apple is liable to replace them regardless of warranty or expiration of the program. Is anyone aware of lawsuits against Apple for this problem?

Followed the step-by-step instructions and my old iMac G5 is back to life. Let's see how long it will last.

I just replaced some bad capacitors in my iMac and it works again.

I got the replacements at badcaps.net.

It's very difficult to remove the old capacitors and clear the holes of solder, but it is doable.

Good to know, I may just fix the 1.8GHz unit and leave the 1.6GHz units alone.

I am getting to like the Samxon capacitors and will try those.

bigpope.samxon@gmail.com has the caps for the iMac G5 but they are not on the list, and the price is a bit high.

Correct. But I don't know how many more 1.8 units were produced as opposed to the 1.6.