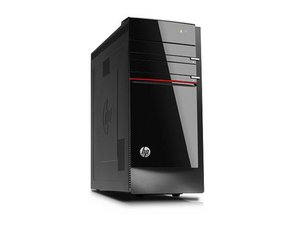 I recently cleaned my pc, and I applied new thermal paste, but after I retorqued the CPU(core i5 4570) heatsink/cooler the pc failed to boot up. I took my CPU out of the socket and I saw 3 bent pins. I was able to fix the bent pins, but now no graphics cards will be detected no matter what I do. Is there a fix for this?

What is the motherboard's board number? (printed on motherboard itself).

Straightening the pins afterwards wouldn't help as the damage has already occurred.

Knowing which pins were bent and which way they were bent i.e. what other pins they maybe were shorting out to, would speed up the fault diagnosis as there would be a reference point so to speak where to begin but the schematics would definitely be needed. Here’s the pinout for a LGA 1150 socket (see p.112) that may help with this. I think that your motherboard CPU socket is a LGA 1150 but maybe I’m wrong.

I wouldn't insert another CPU in case there is board damage and it damages the new CPU now as well.

if the schematics can be found it doesn’t mean that it can be fixed. It may be a problem in the CPU socket for instance but you won’t know until you know where the problem is.

Just my take on the problem.

The motherboard is a Pegasus Memphis-B and Thanks so much!

Unfortunately I can't find the schematics for the board.

As best as I can determine it is a Pegatron IPM87-MP board used by HP and known as a Pegasus Memphis-B.

Pegatron is the actual board maker.

That's okay. I looked at the pin out and I got some pins on the top right. It still powers on, but no GPU detected. I'm probably going to take it to a repair shop and get an estimate.