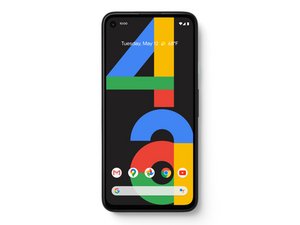 I recently had some water damage on my phone, turned it off and dried it out. The battery swelled so I bought a new one to replace it. After swapping the battery and trying to clean what I could on the PCB with 99% alcohol, it was stuck in a reboot loop whenever the battery was connected. The screen turns on and says its in fastboot mode, 'device is locked, boot slot: a, enter reason: combo key'. But then it quickly turns off, and repeats, with none of the buttons I press actually doing anything. (It will continue to reboot without me pressing anything).. And plugging it in does nothing, I don't think it stays on long enough for even my PC to recognize it.

I assumed maybe the buttons got damaged, and are being constantly activated.. Anyone think there would be a chance to get data off this at some point? The idea that it turns on at all and has some info to display makes me think it might be somewhat salvageable..

I just graduated to the Pixel 6 Pro from my old Pixel 2 XL, but fortunately haven't had any reason to open either of my pixels up so far. So I'm not up on problems and fixes for them, but just out of general troubleshooting methodology, I'd open it up and try to disconnect everything I possibly could and have the phone still boot. You'll need to leave the display and touch screen connected, along with the power button, but I'd unplug everything else I can find then connect the battery and see what happens. Alternatively you could leave the charging port attached and just plug in the charger.

I'm thinking that since the motherboard is buried fairly deep inside the phone, it's going to be one of the last things the water gets to and it's quite possible that something plugged into the motherboard is causing the boot loop. Disconnecting as much as you can may get you past that point to where you can get the phone to come up enough to save your data. If it does come back to life, you can always try plugging things back in one at a time and maybe even figure out exactly what part is causing the problem.

Well I tried cleaning it a bit more and unplugged what I could.. now I'm getting the 'Google' logo to pop up, then the phone reboots over and over to that screen. Fastboot is when power + down volume is pressed together, so maybe I got the 'down volume' button deactivated but it might just be cycling the power button alone now.. (in fact, pressing the volume down key now boots into fastboot mode temporarily)

But that's literally only having the logic board + the battery + the screen..