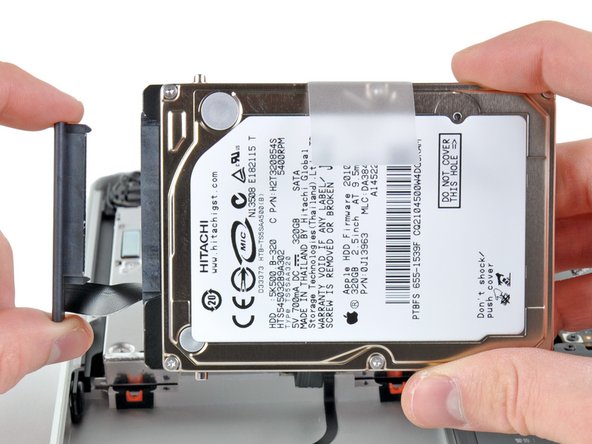 I had two problems before this repair/upgrade. One, I had a malfunctioning optical drive - there had been a CD stuck in the drive for over two years, and my MBP would try to read it/eject it every so often. This resulted in regular, loud grinding noises. I'm sure it had a hand in slowing down system performance as well. Two, my system is an early 2011 MBP (base 13" model), and I had been experiencing a ton of slow-down issues over the years. Boot times were often around a minute (from startup to account log-in), system initialization was typically around three minutes (once you log-in), and I was always running into the beachball of death when starting up applications.

Without a hitch, really. It wasn't quite as simple as the RAM and battery replacement upgrades I did - but I was still able to get everything done within 20 minutes or so. I will say that the original hard drive enclosure I got was faulty - but the support staff was punctual and professional in their response, so I won't hold it against you guys. I will note that I opted to avoid taking out that camera cable (there's a note in the guide that a lot of users opt to omit that step), because initial efforts to get it out were questionable, and I didn't want to mess with it if I didn't have to. I wish I had done this years ago instead of putting it off.

You should include an additional section on how to actually use the new SSD. I had to figure this out myself. It wasn't particularly hard, but it's always a bit of a nervous experience when you invest $338 into parts for an older system without knowing whether your bet is going to pay off or not. I feel like these were important aspects in learning how to format and use my new SSD:

- How to format the drive. I know, it's easy. I was able to Google how to do this. But it would have been reassuring to have all the info necessary in one place. We know why we're doing the upgrade. But we need to know how to use it too, especially since it's not automatic like the RAM upgrade I did. For that matter, there is a new Mac OS format out there, AFPS or something. I learned that this is an improved version of the old "extended - journaled", or whatever it is.

- No need to do the "flash drive OS install" - you already HAVE a working OS on the original HDD, so it's as simple as formatting the new SSD and then installing the OS on it. A guide on how to do that would have been great, but I was able to figure out how to do this in five minutes or so.

- After setting the SSD to be my boot drive, I figured out how to access the files in my old HDD. So, I went ahead and copied over everything I wanted (my full backup to an external hard drive had failed, so I hadn't backed up anything that I didn't absolutely wanted to keep). But I had to experiment on how to do this, and I was a bit confused at first on how to access the HDD and use it for storage. Again, a guide would have been reassuring.