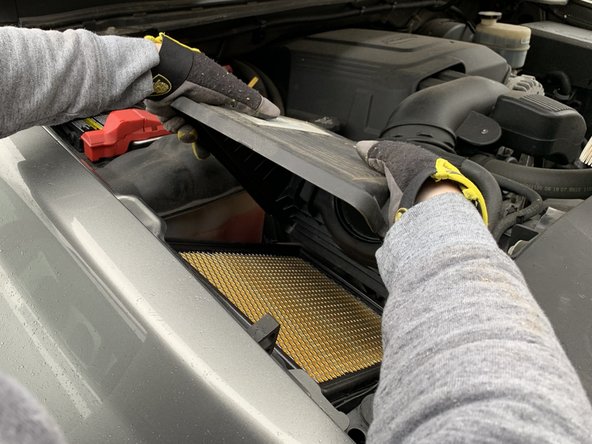 The air filter plays an important role in your engine by keeping dirt, dust, and other debris out of the combustion chamber. Because of that, the air filter needs replaced every 10,000 to 15,000 miles, depending on the driving conditions.

Note: This guide uses a 4.8L V8 engine on a 2007 Silverado to demonstrate the procedure. The air filter size may vary depending on the size of the engine.

Reinstall the airbox cover and the four Torx screws. You’re all set!

Reinstall the airbox cover and the four Torx screws. You’re all set!