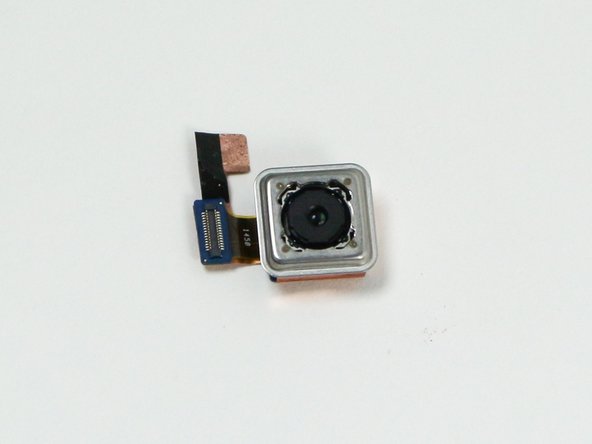 Users will be able to replace their damaged camera and regain functionality. The camera replacement requires the removal of both the motherboard and the camera chip to remove the camera. Be careful not to damage any other components during the repair.

In an attempt to replace the rear camera, the small black insert spaces for one of the SEVERAL ribbon cables breaks, the top portion where pins are located. I didn't discover this until after putting in the new camera. I was extremely careful when handling the cable and connector but I believe the connecting socket was already damaged and removing the ribbon and yellow tape delivered the killing blow. This resulted in the the phone not powering back on and increasing the repair cost of the phone too high (plus the connector was located on the main motherboard and I don't know how that repair would be done or if that would just reset the entire phone) I would honestly give this phone a 0/10 repairability. This was my first attempt at repairing a phone and I feel very defeated, that the phone just wasn't meant to be repaired with such weak connectors and rear camera glass in the first place. As for the guide, it was pretty good, more pictures and a possible video would be great.

Nice! I just succesfully completed the rapair of the back camera.

Just fixed my camera. Don't know why its rated as hard. As long as you are careful and follow the instructions with the recommended tools anyone with basic tool familiarity can succeed. It did take almost 1.5 hours and I would recommend a lighted position able magnifying glass to assist in seeing the small parts. Awesome instructions. thank you for giving me a working camera again.