How to reduce ChiliCube noise level by replacing fans 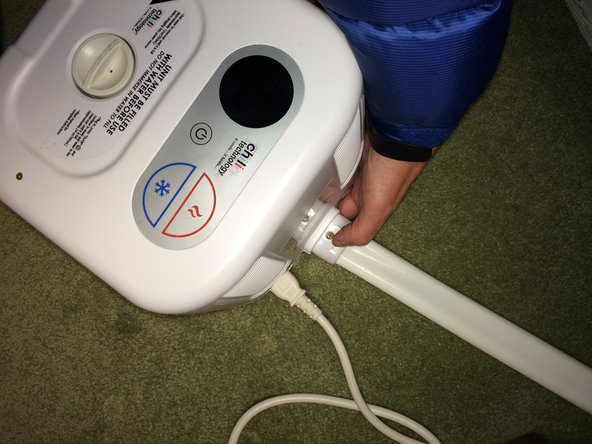 This guide will describe how to disassemble the ChiliCube cooling unit and replace the fans.

Please look through my teardown guide for the ChiliCube as well. The teardown guide has additional info about ChiliCubes which did not fit in this repair/replacement guide.

Then completely read through this guide before ordering the parts. Go out of your way to read comments by other iFixiters. The user Spectacle in particular did things differently, and may save you time and/or grief. You have to look at the bottom of each step, and expand the comments to view them.

The part count is based on repairing a single cube, double the quantity of parts if you are replacing the fans on two cubes.

This fix is much more difficult than replacing a fan on your computer.

This is not as simple a fix as one might wish.

The ChiliCube is poorly designed from the perspective of fan replacement (or any other repair), making this replacement more difficult than one would expect.

The directions for installing the 3-way switch include steps which breach or defeat the "moat" created by the deck separating the reservoirs and filler neck on top with the electronics on the bottom. The cut in the flange, and the holes for the cable tie described in later steps might allow internal spills or leaks to flow through to the electronics area. If you want to install quieter fans, but you want to retain the same level of safety, you may want to either skip installing the 3-way switch as described (or just use another model of fan without a switch.)

Note: This describes the heating/cooling unit which is part of 2nd generation ChiliPad / ChiliCube system (introduced in 2014(?), and not the first generation unit (mostly sold pre-2015) which was more squat, and had a handle on top.

I was searching for information on the cube to try see if I could add some wifi or bluetooth control through an Ardiuno or something.. Good work on the guide.!!!

Would you share what connections you found/tried for connecting to Arduino type stuff? (Or didn't find)

Dan Bowen, I had not done anything with the WIFI / Bluetooth interfacing, but I just tore down my Cube2 I’ve had just over 2 years. The pump is making wierd sounds. Took it apart and found the shaft end that’s burried deep inside, is worn, but not evenly all around. It worn from 1 side to the center, if that makes sense. Almost like the magnetic pull was pulling the shaft/armature to one side. What I also found is a 433mhz receiver module that I was able to find online. It uses ASK (Amplitude Shift Keying) communication that uses a 433mhz carrier sine wave. To send 1’s and 0’s they send the carrier or not. A decoder is I found this video of a guy explaining it, and using Arduino’s do transmit/recieve a signal. I figure if I can decode the info being send by the Cube remote, I might be able to build a interface using a ESP8266 with built in wifi and a 433mhz transmitter module to send the codes to the cube. Here’s the video: https://www.youtube.com/watch?v=b5C9SPVl...

Also to note, my “good” cube that I bought from Chili has the 433mhz module, while the cube I bought off ebay has some other type module that I could not find info on.. and that ebay cube has a communication problem. It won’t connect with a remote (I have 3 remotes, all work on my good cube). 433mhz modules I bought (99 cents !!!) https://www.banggood.com/315MHz-433MHz-L...

Thanks for this guide! I'm just looking to replace the O-rings, but the photo's helped!