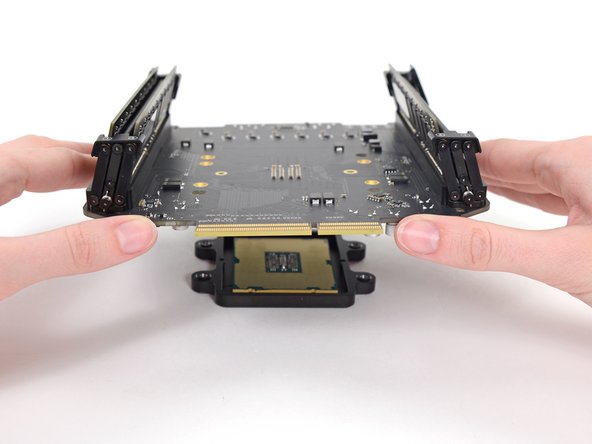 Removing the logic board means you'll need to reapply a layer of thermal compound.

Before beginning any work on your Mac Pro: Unplug the computer and press and hold the power button for ten seconds to discharge the power supply's capacitors.