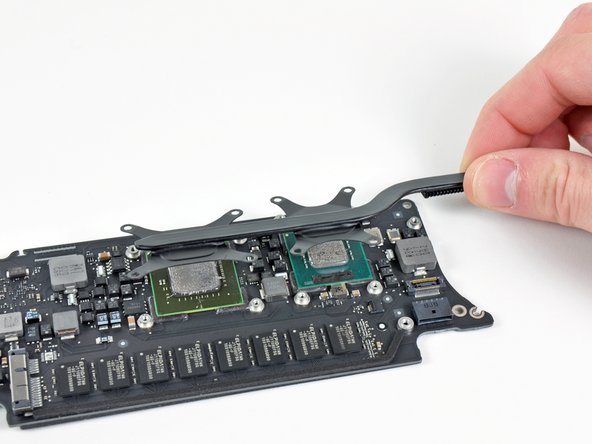 Use this guide to replace the bare logic board on your MacBook Air. Before reinstalling the heat sink, be sure to apply a new layer of thermal paste.

Another Great Guide by you guys! Thanks

This Logic board is compatible with a macbook air 11inch 2011 model?

Just so you guys know I could successfully reaplace the A1370 Core2Duo Late 2010 board for a A1370 i7 Mid 2011 board. you are going to need the heatsink and battery from the newer model as well. the problem I am facing right now is the wifi/bluetooth antenna been too short for the new position of the airport card. as soon as I get a chance I'll try to re route the cables and try to fix it.

Igorfeghali, another question: why do you need the battery too?

I made it too: I replaced my 2GB RAM C2D-logic board in my native 11” 2011 MBA for a 2nd-hand “ i5 1,6 GHz / 4GB RAM” logic board. The same here: you will need a 2011 battery (the connector of the 2010 battery is too far left for the connector of the 2011 logic board). My logic board luckily came w/ native fan and heatsink, so my only challenge will now be to get BT and WIFI antenna cable long enough to fit the new place of the bt/wifi-card.

@igorfeghali, and others: How did you manage this problem? Any idea for an adapter-cable? Any suggestions, anybody?

Thank you, alle the best,