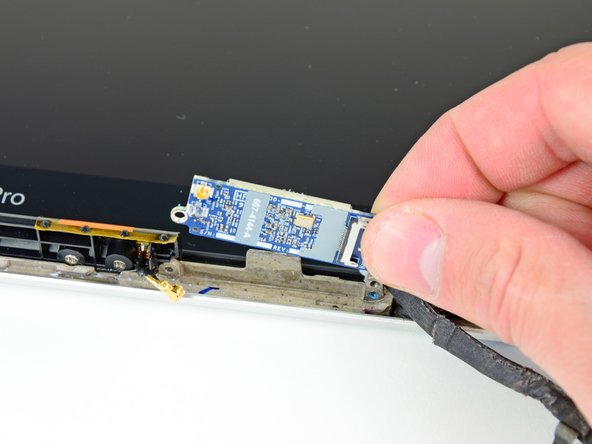 Andrew ...my salute to you. This just worked fine to fix my wifi hardware not installed problem on my Macbook pro (2010 mid). Thank you very much.

wow. I have done this. You’re not kidding it’s difficult! Hope the damned thing works now! I found the Torxes in step 10 to be 8s and a pice of plastic concealing the said torxes on the RHS. Otherwise a great guide! Thank you very much!

Very good instruction, but I still get „No hardware installed“. Any way to exchange the cable between Airport card and logic board? I‘m afraid no.

I have this problem