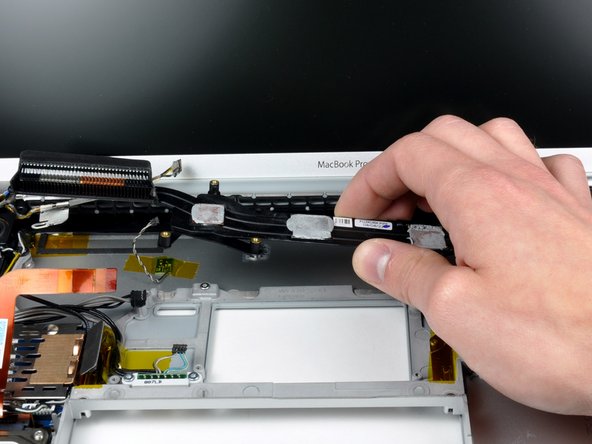 Restore sound to your laptop by replacing the speakers.

I noticed that there were not any actual instructions for the Thermal Paste application as recommended. Other than that the instructions were spot on! - Makes repairs much more affordable when I can do it myself. CERTAINLY invest in the spudger if you don't have one though. There really is no other way you can be careful enough when dealing with the logic board and connections.

One other tip - Print out the instructions - get some clear tape and then tape down each screw to the instructions. That will make it much easier to keep track of where everything is going as well as ensuring you don't lose any of the tiny little screws or get one in the wrong spot.