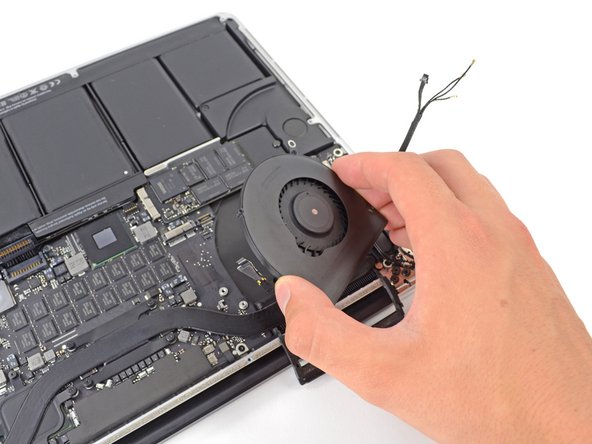 Fans can be such blowhards, except when they blow out. Use this guide to help you replace a damaged, broken, or faulty right fan.

Successfully replaced the right hand fan on my macbook pro retina. It no longer sounds like a lawn mower. Who needs geek squad??? The whole process took less than 30 minutes.

Great guide! It took me 45 minutes to replace my old and loud right fan. Thanks for the guide!

Installed the new fan but it's not running. Other fan is running. Any ideas?

Careful about the airport chip because it is extra tight. Apart from that everything went quite smooth. Thanks for the guide!