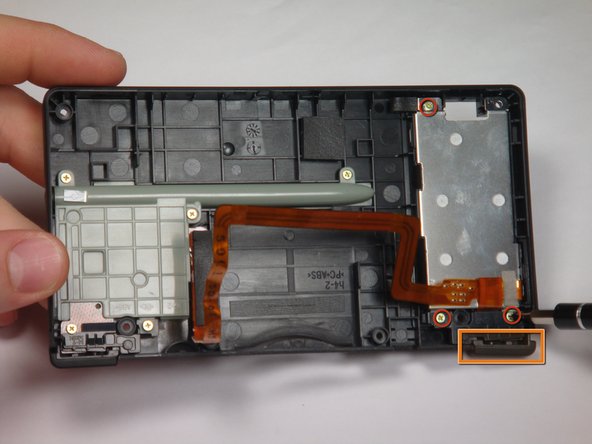 This guide has been updated by iFixit staff! Read the new, official guides here and here.

A guide on how to remove the entire Nintendo DSi case.

Pictures are too dark to properly see where the structures mentioned in the text are, but worse than this, Steps 21 and 22 do not properly explain the “twist” method that you need to use with extreme caution! This is the Achille’s heel of dismantling the device and if you’re gonna make a mistake, let this not be the one…