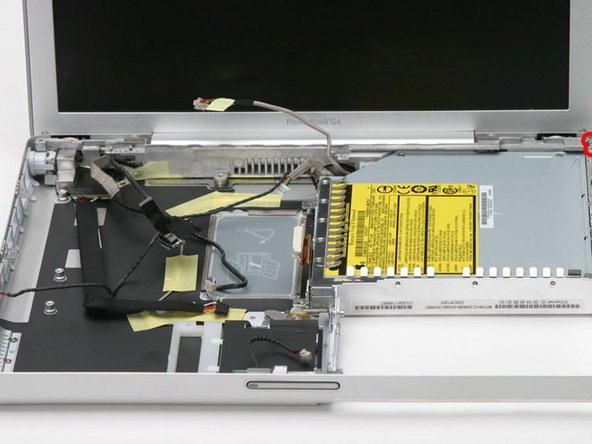 Upgrade or replace the combo or SuperDrive.

After breaking the speaker socket out in step 17, successfully soldered it back into the board and backed out of this repair. Fortunately everything that worked with the computer before taking it apart still works. I appreciate all the photos and steps supplied here at iFixit. I have done some difficult repairs before, but this one ended up bigger than me. I will just use an external optical drive when I need it. To be honest I have not used one with this computer for a couple of years!

What an experience! Two days, more screws than I can count (including a busted spring-loaded one on the heat sink), and a easily more than a dozen super-tight wire connectors later, I finally got that CD drive out. Good thing I’m just doing this for fun and/or parts, because I’m sure I broke something somewhere along the disassembly. But at the end of the day, it’s still been a worthwhile experience, and I got to marvel at the innards of a premium machine from back in the day — this computer is such a beautiful feat of engineering! Thank you to iRobot and all who make iFixIt a platform for oddballs like I who enjoy tinkering with gadgets.