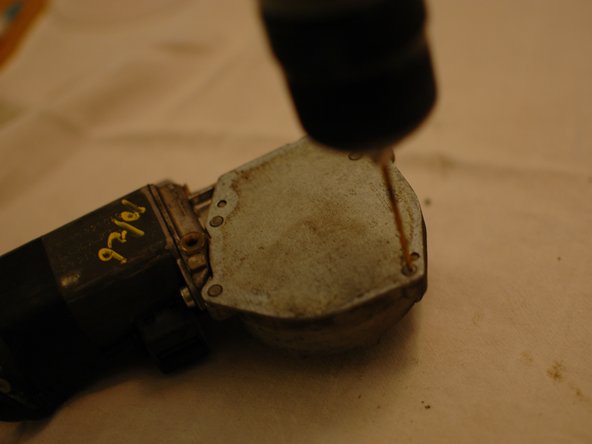 The power window regulators in the W123 cars are powered by a motor with a gear that moves corresponding gears on the regulator. These motors are very robust and when a window is not moving up and down properly it's often the regulator, not the motor, that is the problem. However, they are not everlasting or invincible!

Age, combined with a certain amount of abuse when using the motor on a regulator that is rubbing, jamming, or skipping can lead to a motor that runs slowly or intermittently. Often, they can be brought back to life with some repair/maintenance. In this guide, you'll learn to open up one of the two styles of motors; in this case, the motors that have a sealed rear cover that must be drilled open. Once open, the electrical motor can be cleaned and the gears can be re-greased and you can likely get several more decades of use out of your motors! Plus, by modifying this style of motor as outlined in this guide it will be easier to maintain the next time you decide to clean and grease it.