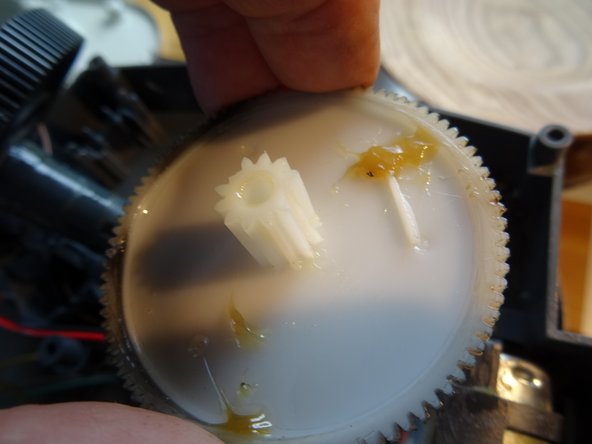 If your device sputters and doesn't make coffee anymore, it's likely that you have a worn out cogwheel. This guide will show you how to replace it.

You will need to open the device and remove the heating block. This guide shows you how to disconnect the heating block. But this isn't absolutely necessary and you can skip steps 11-17 - if you want. The model shown here is a Saeco Royal Sup 014 but other models are very similar.

To re-assembly your device, follow the steps above in reverse order.

To re-assembly your device, follow the steps above in reverse order.