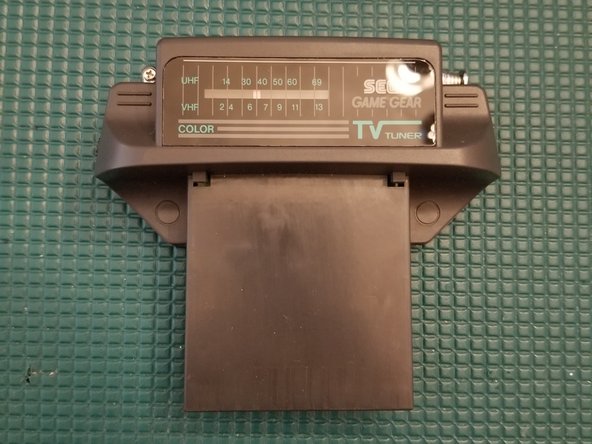 Although the Sega Game Gear TV Tuner is long outdated, it’s still a pretty cool retro handheld console attachment. In the 90’s, before the era of digital television, all you needed was a Game Gear with Tuner attached and you had your very first handheld console with the ability to “stream” video. With a A/V input built in you can still use it, with HD antenna attached, to watch television or even do some outrageously silly stuff like play Xbox 1/PS4 using your Sega Game Gear as a TV. Just remember to bring batteries.

does anybody know what the ribbon cables pinout is? I would love to know, so I can hook up some video-in to the tv tuner board, since my good guess is, that the upper part is just transporting or converting the signal it gets from its receiver to a mere video-in signal with LandR audio, since you can also hook up video-in to the tv tuner on the jack. and my other wild guess is, that the board the actual receiver is hooked up to splits up the signal into 8-bit chunks the game gear itself can understand. Please feel free to correct me and give more info, i NEED the pinout, since i got no tools at home to check what the ribbon cable actually is cooking.