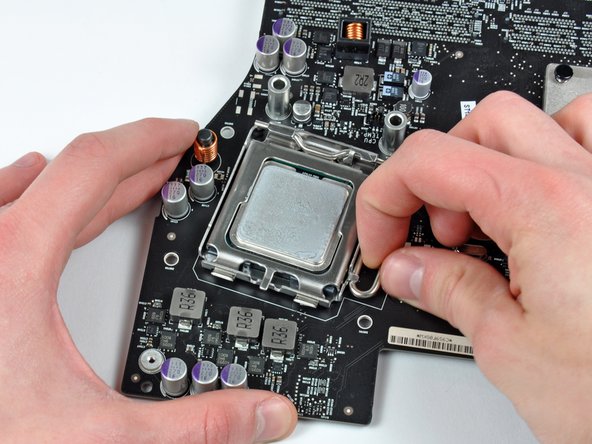 Use this guide to upgrade your CPU.

Hello a lot of congrats! for your site! is very very helpfully for Mac Users

so. i have a question please if you want to help me.!

i have an idea to change the processor to. intel core i5 3,3 Ghz core

can be compatible . on main board .

thanks a lot for your time

Sadly it is not working, only recognize 2 Cores instead 4 under Windows 7.

Booting in the lates Mac OS, it gives up Kernel panic.

hello, im planing to upgrade to i7 or i5 S type cpu with only 65w tdp(same tdp as my core 2 duo) , so im thinking, if the logic board supports those, and will i be able to even start up my mac...just want to see more cores in my computer...

I also replaced the HD by a SSD during this upgrade and everything went very well.