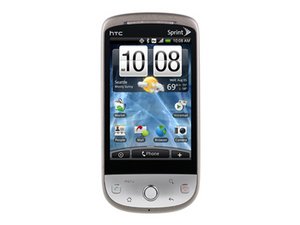 The HTC Hero is the third phone manufactured by the HTC Corporation for the Android platform, as part of the A series.

The HTC Hero 200 is a smartphone for the Sprint network. It features both a touchscreen and trackball control. The device described here is the US release; Asian, European, and Canadian releases feature a raised chin design that was later removed. Some carriers may market the device as an HTC Android 6250.

Here is a link to the manufacturer's website: HTC Hero (Sprint) Overview