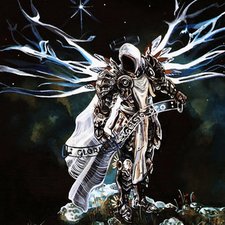 When I got a new phone, I let my little brother use my old one which I have had for almost 4 years. Although the phone has been through a lot (I dropped it several times, one time into water but I immediately put it in rice), I recently figured out that while he was playing water games with his friends it got damaged and now doesn't turn on. Apparently this happened a long time ago (around June) and he didn't notice personally until 2 days later. Now that's it's August and I have discovered this, and I am extremely worried since I have lots of precious photos/video on it and I'm afraid I won't be able to recover them considering how long it's been and since the phone didn't receive care right afterwards. Are there any ways I can get the photos and video from the phone even though it won't turn on and it's obviously water damaged?

Qiana Barrett, sorry but no you can't unless you can fix it long enough to get it to turn on. You may have some of your files on your computer if you did a restore or backup. you can restore those. I'd try to see if you can get the phone to at least be recognized by doing this. Disassemble your phone by using this guide Clean your phone with 90%+ (or better) isopropyl alcohol. Use this guide to clean your phone. It was written for a 3G but all the steps are pertinent to your phone as well. Inspect your board for any missing or damaged components. Remove all the EMI shields to clean the board. Once properly cleaned, replace the battery and dock connector . Then reassemble and re-evaluate. Water damage is the hardest to diagnose and to repair since almost any part can have failed. The silver lining here is that the 3GS has been around for a while and schematics are easier to get which may help should a board repair be necessary. Otherwise consider your files lost.