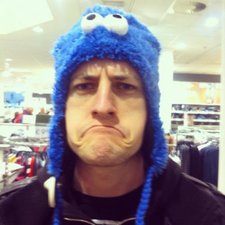 Grey strip on the screen

Since few days now, there is sometimes a grey strip which appears on my screen randomly. Here is the picture of the problem.

The strip seems to appear/disappear when I move the screen. It can totally disappear for days and come back again.

I'm not a hardware expert but it seems to be a problem with the connector between the body and the screen. Do you think that it's possible to fix it manually without spend a lot of money in a Apple Store?

I'm a bit worried that the problem will be worse in the future...

Can you give us the last four digits of your systems serial number so we can correctly identify your system.

The good is this is something you can fix!

The bad, it's going to be expensive as the display its self is damaged.

What likely happened is you either banged the system or something heavy sat on the lid damaging the display. Unlike older displays the newer systems have thinner screens so they bend vs crack. In this case the connections on the back of the LCD panel have come loose (often called a tab error) so the driver logic and the connection onto the main logic board is damaged.

You may want to review this IFIXIT teardown: MacBook Pro Retina Display Teardown. Replacing the cable is a big job as well. But given your symptoms I wouldn't suspect it.

Given the new info that you encountered the issue during heavy game play when the system got over heated I'm wondering if you have a graphics logic issue. In this model the CPU has the graphics logic would would mean the logic board is bad. But, that can't explain the movement of the screen cutting the image in & out (grey bar) that is the symptom of a damaged display.

I was wondering if it’s this part which is damaged because I never put something on the screen. I suggest that the problem appeared after that the computer was really hot (because of a game I was playing). Plus, the grey strip appears only if I move the screen by pushing the left part of the screen.