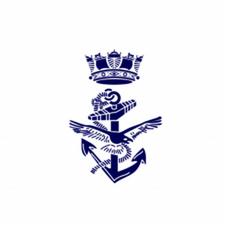 It seems that it is impossible to upgrade my graphic card on iMac. I find a solution of purchasing a separate graphic card running in thunderbolt chassis, but not sure if it will murder my own mac. Anyone have previous experience? Thanks!

The product was found on https://bizon-tech.com/us/bizonbox2-egpu...

I don't think these external PCI cases are worth it when it comes to graphics. While the numbers look good the costs of all of the pieces needed here plus the added clutter (case & extra monitor) you couldn't do better just making the jump to a Mac Pro system with an external monitor of your choice.

Here's what we are using: Mac Pro 3.7 GHz Quad Core (Late 2013) These systems have Dual AMD FirePro D300 graphics processors with 2 GB of GDDR5 memory each.

These graphics processors have 1280 stream processors, a 256-bit-wide memory bus, 160 GB/s of memory bandwidth, and provide 2 teraflops of performance.

While we are not gamers ;-} I think you'll see these bad boys are smoking!

So i need an extra monitor for the external graphic card? I just need it for my 3Dmax course and randomly gaming (e.g. GTA V). I have to run on low quality mode for some large 3D games.

A mac pro system is definitely too much for me. I can get a way better alienware desktop with way less bucks. The only thing i need to worry about is to install "hackintosh" on PC since I am also a mac lover.

I also don't think a Hacintosh system will make that much difference as you are still running Windows on it. The video cards the Mac OS can support in this config is also limiting. Basically damed either way here. Maybe it would be smarter to look at some of the used Mac systems out there that may offer you what you want. In any case I think you'll likely do what I did. Just get a second system (Windows)

There is nothing wrong with an external graphics unit, it does have a slightly less then average performance on mac computers then it does on traditional PC's.

You will have to buy an extra component which can cost anywhere from 150-200 dollars to hook your graphics card onto and attach it to your mac.

Your Mac can game now.

You can face some driver struggles depending on the brand of card you get.

Buying your first graphics card will be more expensive then it would be on a traditional PC because you will have to buy the additional device to attach your new graphics card to. So when buying go ahead and add an additional 200 dollars to your initial price of your card you are going to buy.

Native games on Mac computer's are slim and scarce and have a clear lack of a wide verity of games. Why? Because majority of the games are programed to have both a left and right click feature, something that is clearly not functional in the Mac OSX more so if you have a mac branded mouse.

It would be far more beneficial to you to go out and buy a top of the line PC like an Alienware desktop then to spend 600 dollars on the top of the line graphics card + 200 for the external graphics card enclosure box. Why? Because not only do you get the newest grade processor, newest model of ram you also get a more broad variety of games to play. Keep in mind... Not even Blizzard's overwatch has a stand alone version for the mac because Mac computers are running far behind the gaming scene.

Sho Yo Rite - I think you've just supported what I said above ;-}

While it can be done, the added costs make this prohibitive.

Besides the game market is Windows not MacOS (presently). Apple's newest systems just released will help re-build gaming under MacOS and you won't need an external GPU with them.