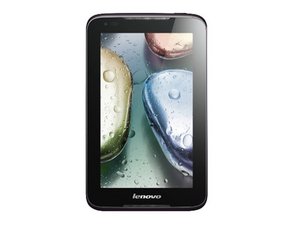 Device and repair information for the Lenovo Ideatab A1000 tablet.

Why is my speakers are not working

There is no sound coming from speaker

Have you tried using earphones to see if there is sound when you use them and that it is not your speakers that are faulty?

If there is no sound when using earphones have you checked the audio settings in your tablet?

Go to Settings > Device > Audio Profiles and check the options there to see if your sound has been muted.

My tablet has two speakers. The speaker on left side has stopped working. When I connect earphones or ear pods, their left side one doesn't work. Speaker or earphone of left side does t work. What may be reason?

What is the make and model number of your tablet?

If it is a Lenovo Ideatab A1000 then there appears to be no option to adjust the sound level between the left and right speaker only to increase/decrease the volume to both at the same time.

The model does have the option of a Dolby Digital equalizer adjustment in Settings but it seems this only works when the headphones are connected and doesn’t affect the speakers individually.

The reason why there may be no sound in the left speaker may be software related or more likely a hardware problem.

To eliminate software as the possible cause try the following:

i). Wipe the cache partition and check if this resolves the problem.

Once the tablet has been reset to factory check if the left speaker now works.

If it still doesn’t work it is a hardware problem. Since if affects the left speaker regardless of the output connection i.e. speaker or headphones most likely it is on the systemboard perhaps in the audio IC circuitry. The tablet would need to be opened and tested as to where the problem is. Here’s a link to the hardware maintenance manual that may help to gain access to the systemboard.

If it now works OK, then using the backup created earlier, restore the tablet by using the restore feature found in the Settings menu area (same place as the factory restore). Once it has been restored to what it was, check that it still works OK. If so then the reset has fixed the problem