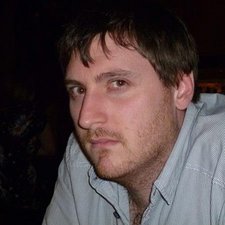 I'm seeing a vertical line on my display. Usually there is just the one, but sometimes more. They are only ever 1 pixel thick but often occur in different places across the screen.

My screen is the high resolution matte version (if that makes any difference).

It's usually a red line that shows best with a darker background. Looking closely at the line it will go from a static straight line to a flickering line, then back. 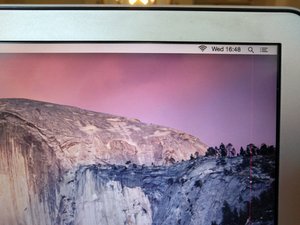 I've taken the Macbook into an Apple Store and they confirmed that it isn't a problem with the logic board or graphics card as it can output to an external display just fine. I've replaced the LVDS cable but it still shows.

Could it only be the display itself now? I had originally thought it wouldn't be because the line will sometimes shift to another location.

Yes the display could be the issue. Even though there may not be a dent or broken glass screen I saw one machine this past six months that had a screen with no dents or cracks but it did turn out to be the LCD only. Your previous steps were spot on but if Apple says the board / graphic card is good, the cable doesn't fix it, the LCD is all that's left. Did you have it fall recently? Just courious.

As always use safe static practices when inside your computer

Yep, it the display! While a bang could be a cause, I've seen pressure from a heavy object (books or being sat on by a dog) on the lid or even a baseball pressing on the lid just from a tight case kill a display.

OK, thanks for your response. I may look into a replacement display then.

I don't remember dropping it or knocking it in any way. I hadn't used it for quite a few months and thought I may as well sell it so turned it on to restore factory settings, etc and saw the line. Perhaps it got knocked (or some weight put on it).

Ah well, I guess I either sell it for parts, or find a second hand display and attach that; then sell it as a working machine.

Thanks for your help