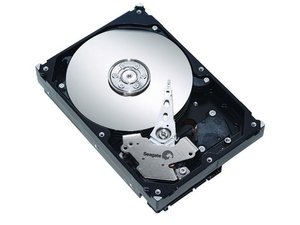 I am looking at the new Seagate FireCuda SSHD hard drives as a new standard to Mac Laptop and newer iMac hard drive replacement vs the standard which I have been using for a few years:

I have not found if it is backward compatible to SATA II or not.

I was wondering if anyone had experience with this in Macs?

Has anyone tried these new drives I see ifixit is selling? They are very reasonably priced.

Maybe I'll get one and try it out on my SATA I laptop. But before I do, I would like to know everyones favorite SSHD, preferably with 32 GB flash.

@pccheese - Read Dan's comment about this being a fixed SATA III. I've already been shipped two. So I'll test it on SATA I & SATA II and post my results. Meanwhile, if you decide to get a drive, go with the one that we know will work. Seagate ST1000LX001 and has the 32GB NAND.

I'm quite confident that it will work with SATA I and II, unless it doesn't follow the SATA III specifications. It should follow VESA's standard. Post the results for performance once you get them. Oh, and don't forget the firecudas are 7200 rpm vs. 5400 rpm.

@mayer - Not sure it's something I would go with.

It does appear to have a denser platters and run faster which gives it a bit faster read/write times. It's the same as the older SSHD with 8 GB of Flash but twice as dense (1 TB Vs 2 TB). Looking at the power the idle load is less and of course the case is now 7 mm Vs 9.5 mm which would allow it to be a good choice for the older Mac Mini's (SATA III models).

So far we are still able to get the older drive but I'm sure it will be phased out (our needs have also diminished for HD's in system upgrades). In the meantime we've been moving forward with upgrading to SSD's so that just might push us a little sooner.

I had not noted the NAND difference between the

Yes, I'm aware of the model sheet. But the user manual does not list a 32 GB option. I also did a goggle search for the 2.5" model I couldn't find any that listed a 32 GB option.

Don't forget this is a Fixed SATA III drive unlike the older unit. So it won't work in the 2009 iMac's or older.

Good news. I've found out that some people that have put the firecudas in the ps4 and it worked. The ps4 only has SATA II support. And btw, is there a difference between the ST1000LX001 and the ST1000LM001? I've found the LM version available at Newegg. And It will require further research, but I believe the firecuda is available with 32 gigs nand.

@mayer - Yes the 32 GB drive is becoming hard to get ;-{ We have still a few on the shelf with our last order still on backorder. So I guess we have missed the boat on getting the last ones.

@pccheese - George sometimes you do need to listen to people and read the spec sheets.

I think the smart thing here is to reach out to Seagate to ask them whats gives.

The CUDAFIRE should work just fine as your macOS hard drive in a non-fusion drive Mac . The interface is basically a SATA 3. As with most new drives out there, the drive is capable of much higher transfer speeds than the Mac interface can't handle so it dumbs down. The increase speed rates of transfer are basically due to a migration of Seagate technology's.

I found a article that might be of interest: Seagate launches FireCuda SSHD: Up to 2 TB SMR, 8 gb of NAND

Looks like it has 8 GB MLC vs 6 GB on the older model. The prices are slightly better. It's called a 5th generation vs 3rd generation. I think the "thin models" were considered the fourth gen. Order a couple in today to test out. Still don't know about either Mac or SATA II or SATA I backward compatibility.

Also had problem getting the SSHD 3.5" replacement drive to play well when working with a fusion drive setup.

Can't use a SSHD in a Fusion Drive set! Also can't do a dual SSD either.

Dan : I know the issue with sshd and fusion drive first hand but what shows up as problems with two ssd's?

It in fact slows the data! As the OS can't tell the difference between the drives (Two Red drives Vs one Red and one Green). The bias is based on the driver not the port so the drive reports a SSD for both ports to the OS (both Red in my example). In the case of the SSHD the report is somewhat correct as the drive is a HD it just doesn't know of the SSD cache it has so it confuses things.

If you RAIDed the two SSD's you'd get better performance if both ports are the same (SATA as an example) If one is PCIe then it's a mess again ;-{

Two steps forward and one step back!

The standard is written so the System is the Container and the Drive is the Water and water can only fit only one way. A SATA I drive will work in all three SATA standards based systems (cup of water into a pint, quart & gallon container). A SATA III drive will only work in a SATA III system!

This is how FIXED SATA speed drives work and you do need to take care to read the spec sheets of the system and the drive to see which will play and which won't.

OK, now it does turnout SOME drives offer auto speed sense technology! Which throws a monkey wench into the works here! So if you see the drive supports two or all three SATA speeds then it has speed sense technology so it drives speed drops down to match the systems speed. I bet you this is how you managed not to get caught!

Now lets look at this from a distance... Older SATA I (1.5 Gb/s) drive based systems are slowly disappearing from the market. Over the last few years you've seen the drive makers introduce only dual speed premium drives (HD's & SSD's). Now older SATA II (3.0 Gb/s) systems are likewise dropping off so the need for auto speed sense drives is disappearing! So over the next few years people will need to make sure they put in the correct drives into their systems as the options are going to be less as the drive makers need to cull the amount of drives they offer (basic economics)

If the drive has real Sata it is always backward compatible.

Have tried out different drives in different laptops or on motherboards. But of course a Sata III drive connected to a Sata I controller is really not worth it tried it out on a laptop.

@bearl - Compatibility is not a two way street here ;-}

Think of it this way a cup of water fits in to a pint bottle, but a pint of water won't fit into the cup! The SATA standard is no different the Host adapter (system) SATA I/O speed needs to match the drives. The drive's I/O can be slower not faster (fixed speed drive).

But, there's a wrinkle here! You see the drive makers also make drives which match the I/O speed of the system (auto speed sense).

How do you know what the drive is fixed or auto?

Only the spec sheet will tell you. As an example here: Seagate laptop SSHD and this drive: Seagate laptop HD. Now review the 'Interface' line note the difference! The SSHD drive is auto, while the standard HD is fixed speed.

MLC and turbo cache (or whatever they want to call it) for $77+free shipping​ is a great deal.

Those OCZs are also a good deal though.

We may need to do a re-evaluation of the current offering of SSD drives as IMHO they are moving into reasonable affordability for the average upgrade. I may start moving away from the SSHDs.

I didn't know there might be problems with sshd in Fusion drive.

Has anybody digged any deeper, why there are these problems?

Any links to any discussions about sshd & fusion?

Now the system (10.12.6) went black because of Security update. I've also had some beach balls before and other hickupps, but I've thought that's because I have lots of pixels (30"+23") connected to mini.

Now I'm thinking if there might be something wrong with Fusion drive (128GB+2TB). Could it be fooled by my sshd, acting so fast with its ssd-like cache? Is there any logs or data somewhere in the system how well it works?